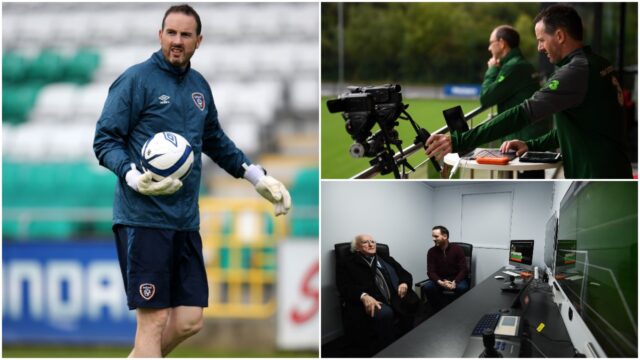 This Podcast originally appeared on LaoisToday in March 2021.

Host Alan Hartnett is in the hot seat once again and this episode features a very special interview.

He currently holds the role of Head Performance Analysts with the FAI – a role that sees him working closely with Stephen Kenny and the Republic of Ireland soccer team in a bid to reach the World Cup in Qatar in 2022.

But that is only a small part of a playing and managerial career that has spanned four different sports over more than three decades.

A minor hurling winner with Park-Ratheniska, Ger also played gaelic football with The Heath – playing in goals on the 1993 team that won the senior championship.

He played as a winger for Portlaoise rugby club but his main sport was soccer – and he played on a Portlaoise AFC team that reached an FAI Cup quarter final 30 years ago.

SEE ALSO – County Final Memory: ‘None as sweet as this’ as Camross deny Portlaoise five-in-a-row in 1985