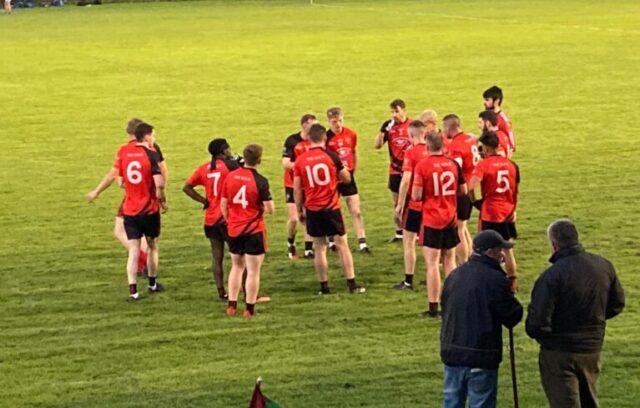 It will be 24 years this December since The Rock made their one and only appearance in a Senior football final.

The club made a couple of semi final appearances after that before being relegated to intermediate in 2013 where they remain today.

This is their tenth season at this level and last year they survived by beating Portlaoise in a relegation final.

The early season form up to now would suggest that a similar escape act will be required once again.

The side, managed by former great Thomas McDonald, are ravaged by injuries, retirements and absentees.

Ciaran Conroy, Shane O’Connell, Steven Conroy, Wesley Bergin and Ben Pedro are all out with injury.

Victor Oladapo has stepped away this year while Thomas McDonald and Philip Peake have retired.

Conor Flynn and Ben Carroll have been their two leading lights thus far this season.

While former Laois player Aaron Dowling and Anavil Storey are very important for The Rock.

While they will be delighted to get Sean O’Neill back to full fitness after he missed the entire league through injury.

They ran first round opponents Crettyard close last year but the signs are not good for a repeat performance.

Former Laois player and club legend Tom McDonald will manage The Rock footballers for the 2022 season.

He will be assisted by Pat Murphy and Derek Conlon.

A former Laois minor and U-20 players, Sean O’Neill is certainly the most important for The Rock.

Powerful, a direct runner and a real scoring threat, they will be delighted to have him back.

How did they do in last year’s championship?

The Rock beat Portlaoise by 21 points in the relegation final last year to preserve their Intermediate status.

Ending up in the relegation final probably does not tell the full story as they only lost to Crettyard by three in Round 1 and by one point to Timahoe in Round 2.

The Rock struggled in Division 3A, effectively the fourth division of the league. They finished seventh out of eight teams.

They beat the Heath convincingly and drew against Kilcavan and Killeshin to finish on four points.

They narrowly avoided relegation down to Division 4.

The Rock will face Crettyard in Round 1 on Thursday. Throw in is at 7.30pm in Timahoe.