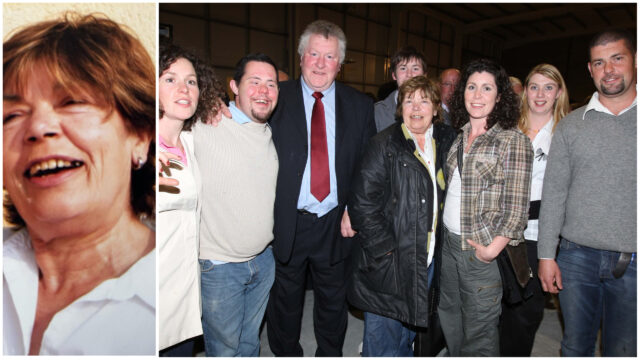 Mrs Moran, who was originally from Carlow, had been sick for the past couple of years.

She was well-known and highly regarded in the Ballylinan and Killeen communities as well being a solid support during her husband John’s political career, stretching back to when he was first elected in 1991.

In all a member of the family were successesful at six local elections – John at five and Aisling in 2019 when she contested for the first time.

As well as that, she was involved in the travel and tour business with John over a number of years.

Loretta passed away peacefully at home surrounded by her loving family.

Reposing at her residence from 5pm on Friday evening (July 29th) with Rosary at 8pm. Removal at 10.30am on Saturday morning to arrive at St. Abban’s Church, Killeen for Requiem Mass at 11am.

Burial afterwards in the adjoining Cemetery.