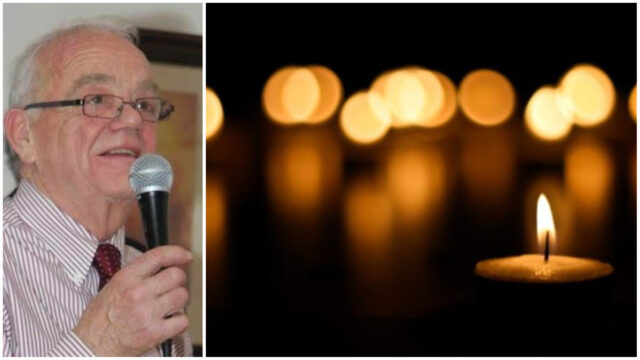 There is sadness in Portlaoise and surrounding areas following the death of Noel Ryan, a man well known in business, community, charity and sporting circles.

A former owner of Condell and Ryan Motor Factors in Portlaoise, he was heavily involved in a number of local groups, including Laois Vintage and Portlaoise Rugby Club.

He was also president of Portlaoise Rugby Club in the 1980s during a fine era for the club and was a Trustee at the time of his death.

Though he passed away in Portlaoise Hospital, he had only been sick for a couple of weeks – and attended the launch of this year’s Laois Vintage Run at the end of June.

This year’s Laois Vintage Run, which is celebrating its 25th anniversary, is set to pass the €1million mark in terms of funds raised for Laois Hospice.

He is reposing at Keegan’s Funeral Home on Wednesday evening from 6.30 pm till 8 pm. Funeral service will take place at 3 pm on Thursday in St Peter’s Church, Market Sq. Portlaoise. (R32TY29). His funeral mass can be viewed on https://youtu.be/uCBRw1G72_I

Family flowers only, donations, if desired, to http://laoishospice.ie/support.