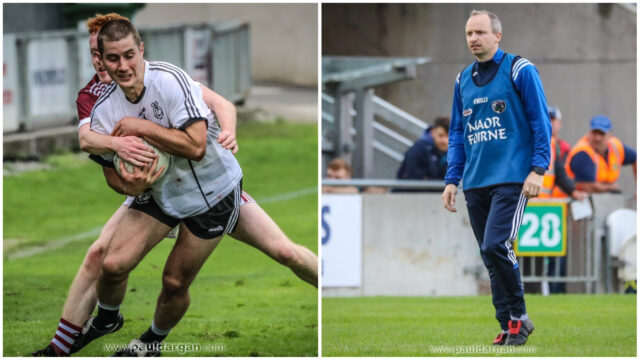 Sean O’Shea from the Arles-Killeen club and Dublin native Tom Byrne are set to be appointed as joint managers for the Laois U-20 football team for the 2023 season.

O’Shea and Byrne were both involved alongside Eddie Kinsella in the past couple of seasons – but have come together as a joint management team for next year following Kinsella’s decision not to put his name forward for the role.

The Courtwood man had served three years in the role, finishing up after this year’s Leinster championship loss to Kildare.

O’Shea and Byrne will be joined by Portlaoise’s Paul Cahillane who will be a coach/selector.

The appointment has been proposed by the Laois GAA executive and will go for ratification at the next county board meeting though it is unprecedented for the clubs to go against an executive recommendation.

Former Laois player Padraig Clancy from Timahoe and Paddy Dunne from The Rock had also been put forward for the position but withdrew meaning that Byrne and O’Shea were the only ones interviewed for the vacancy.

O’Shea, who is also the current Barrowhouse manager and guided them to last year’s Junior ‘A’ final, is still playing senior club football for Arles-Killeen. He played minor and U-21 for Laois as well as winning an All Ireland with Knockbeg in 2005.

As well as being with this year’s U-20 side, he was also a selector on the 2019 minor team when Donnacha Phelan was manager.

Byrne is from the Good Counsel club in Dublin but has been involved with Laois teams since first linking up with Billy O’Loughlin in his first season as U-20 manager in 2018.

Laois were only beaten by two points by eventual All Ireland finalists Kildare in this year’s straight knockout championship and next year’s squad will be able to call on ten of the players who saw action in that game.

The corresponding minor team were beaten by eventual Leinster champions Meath in Navan in the provincial semi-final in December 2020.

SEE ALSO – Aimee Kelly: ‘It feels absolutely unbelievable … it is just like a dream’