Vintage cars, tractors and motorbikes are all set to roll out in sun soaked style for the Laois Vintage Limited sponsored road run in aid of Laois Hospice which will be held this Saturday, August 13.

The event will kick off from Treacy’s Bar and Restaurant at The Heath at 10am.

“We will have all shapes and makes from all over the country, including a 1912 Rolls Royce Silver Ghost coming in from the UK,” said Tom Treacy, president of Laois Vintage.

As well as the spectacle of an array of vintage vehicles, there will be live music, a display by Laois Archery Club and children’s face painting from 4 to 6pm, with donations gratefully accepted.

“This year as it celebrates its 25th anniversary, the aim is to reach the €1 million mark.

“If we don’t reach that amount on the day, we will by the cheque presentation in October,” said Tom.

For those who wish to donate electronically, Laois Vintage is embracing the iDonate QR code fundraising system.

For the car run, a circuit of Laois will take in a scenic jaunt through the Slieve Blooms, and its surrounds, with an official stop off at Camross. 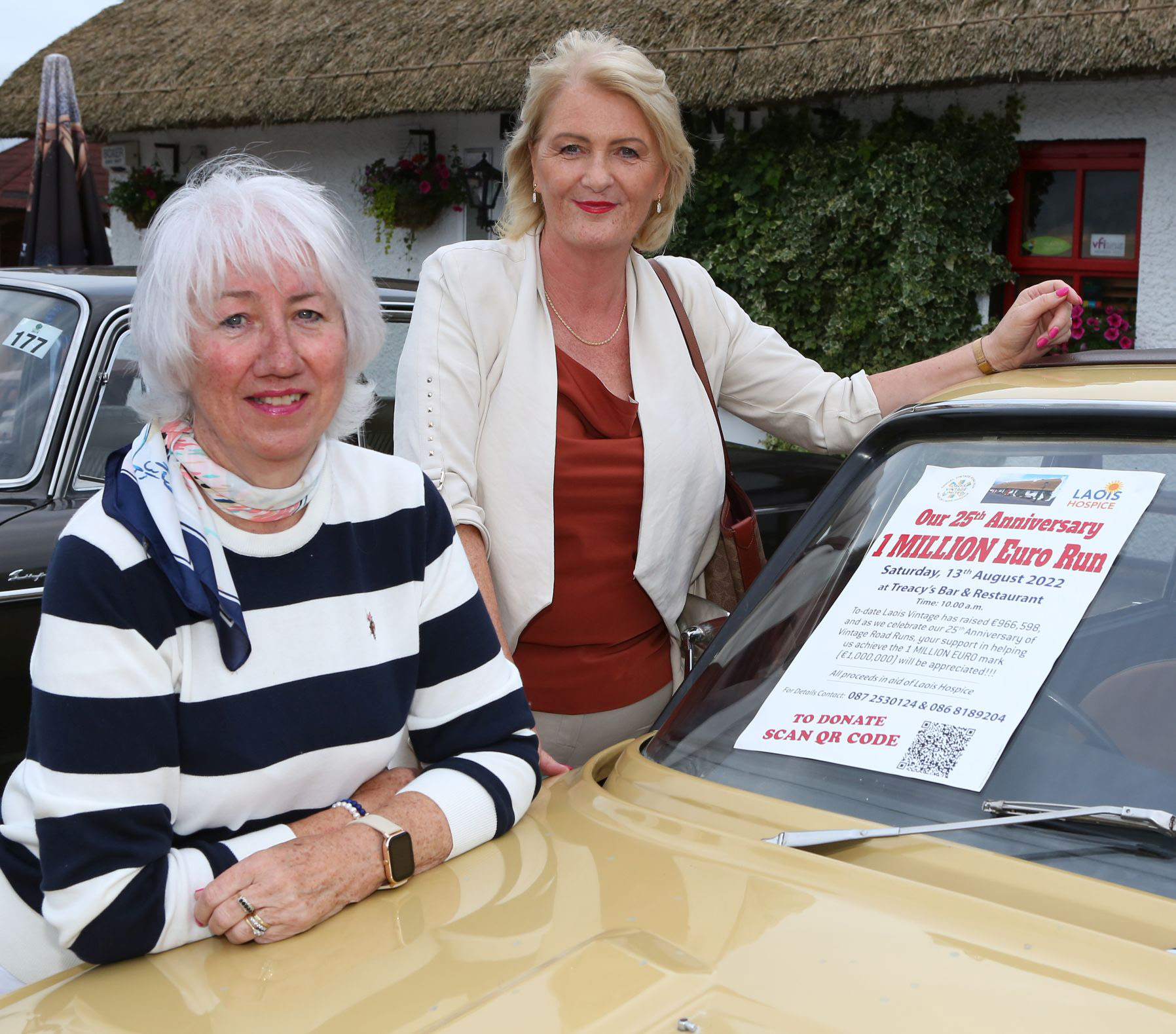 For the shorter spin for tractor enthusiasts, Laois Vintage has organised a leisurely drive to Mountrath, with a stop-off at the Deadman’s Inn, before returning to Treacy’s restaurant via Portlaoise.

All vehicles will return to Treacy’s between 3.30 p.m. and 4 p.m., where complimentary meals, hosted by the Treacy family, will be served, and commemorative plaques distributed to all participants. 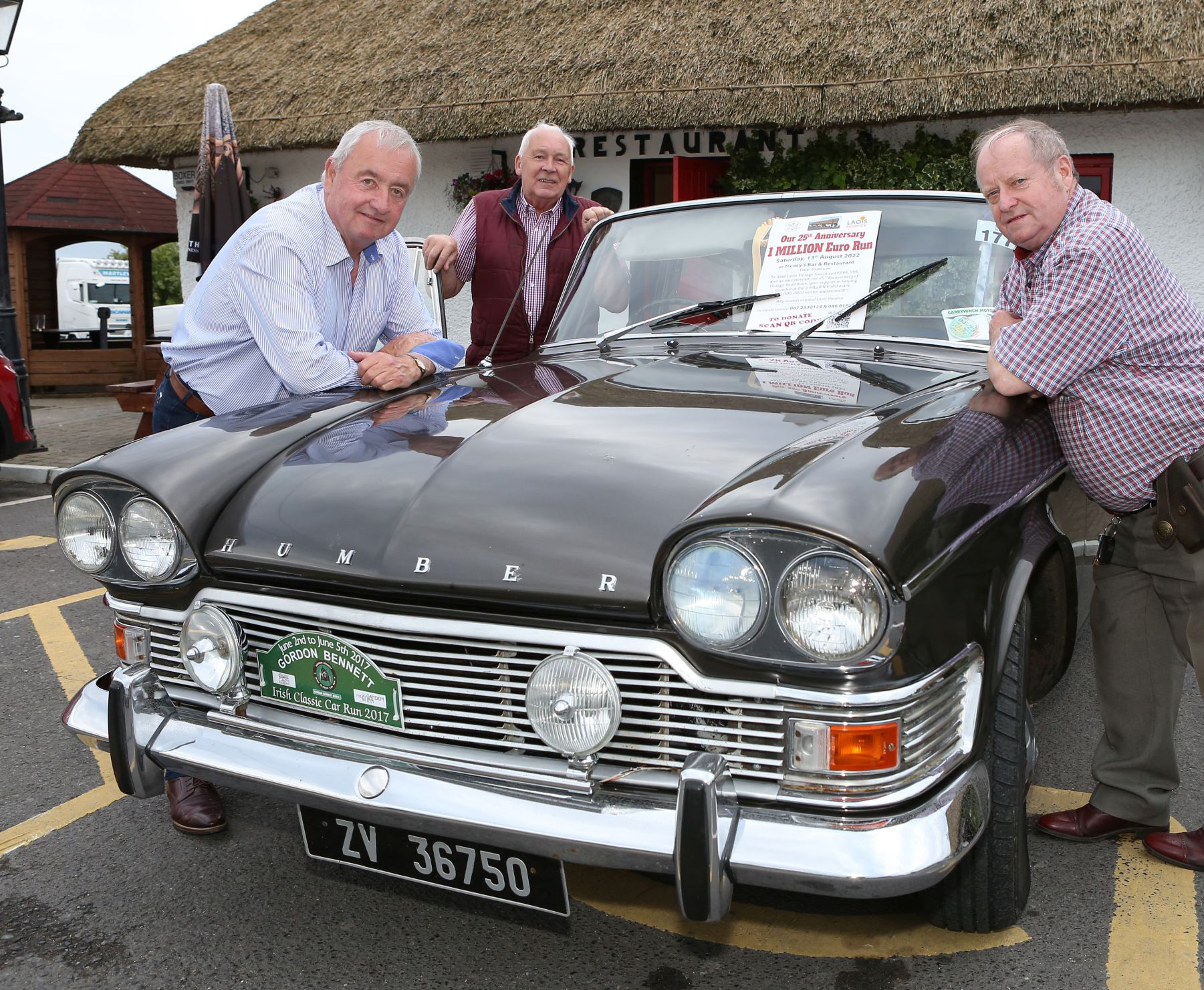 The event which was unable to run for two years during Covid, always attracts an enthusiastic and generous response, according to Tom.

“All the money raised goes directly to fund a Laois Hospice palliative care nurse. There is no middleman,” he said.

Laois Vintage has its roots in a chat between Tom Treacy and the late Mervyn Graham, Stradbally, husband of Noelle Graham, currently secretary and treasurer of the charitable organisation. 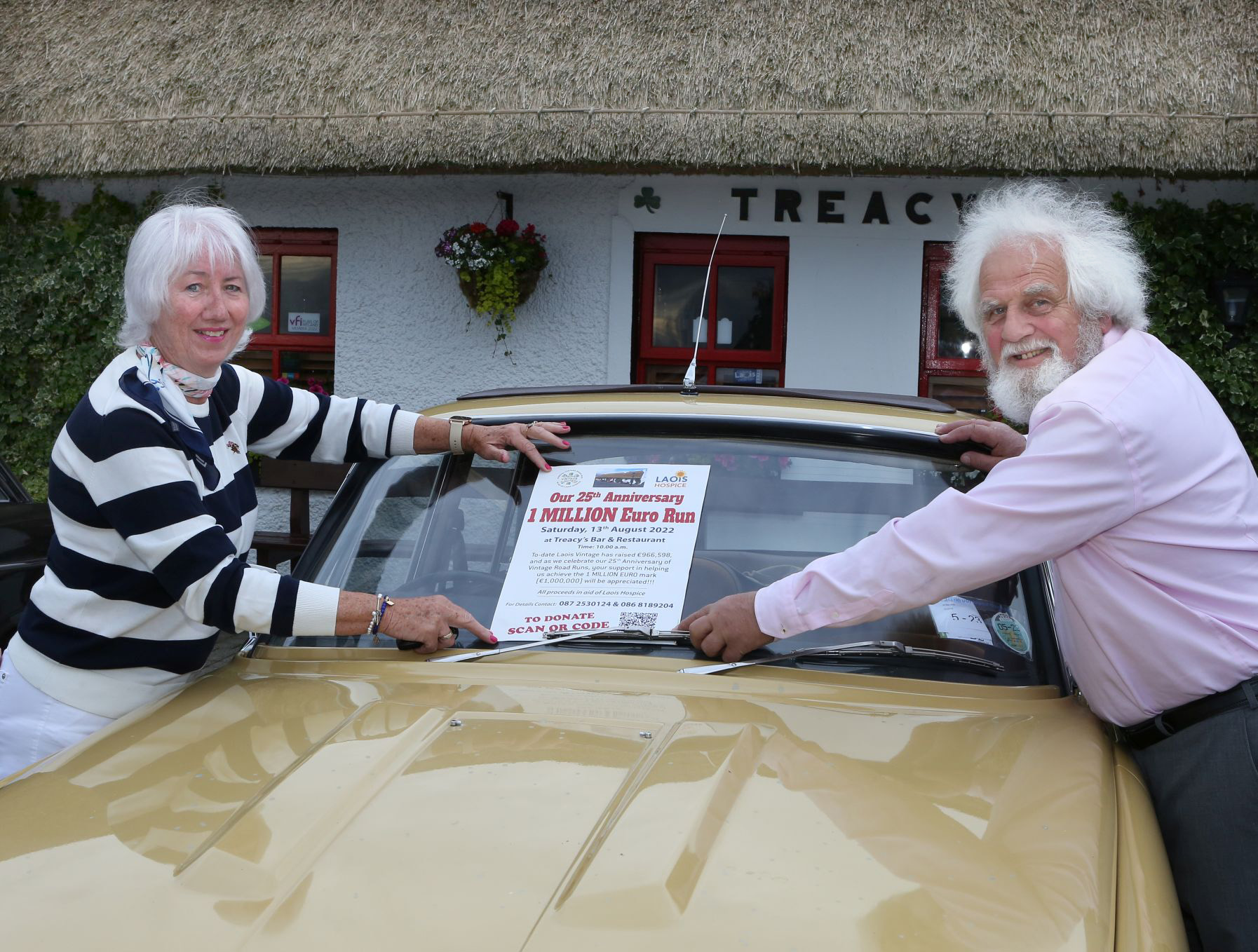 “Mervyn was returning from a funeral in The Heath and called into Treacy’s Bar and Restaurant. While there, he got chatting to his friend, Tom Treacy,” recalled Noelle.

“As Mervyn’s father and grandmother had passed away from cancer, he felt he would like to do something to raise funds for Laois Hospice and brought up the idea of a vintage road run for this with Tom,” she said.

“Tom Treacy, being the man that he is, was in total agreement. Our first meeting was for February 20, 1996, with our first vintage road run scheduled for August 17 of the same year,” said Noelle. “As we celebrate our 25th anniversary, it is our desired wish to break the €1 million barrier. 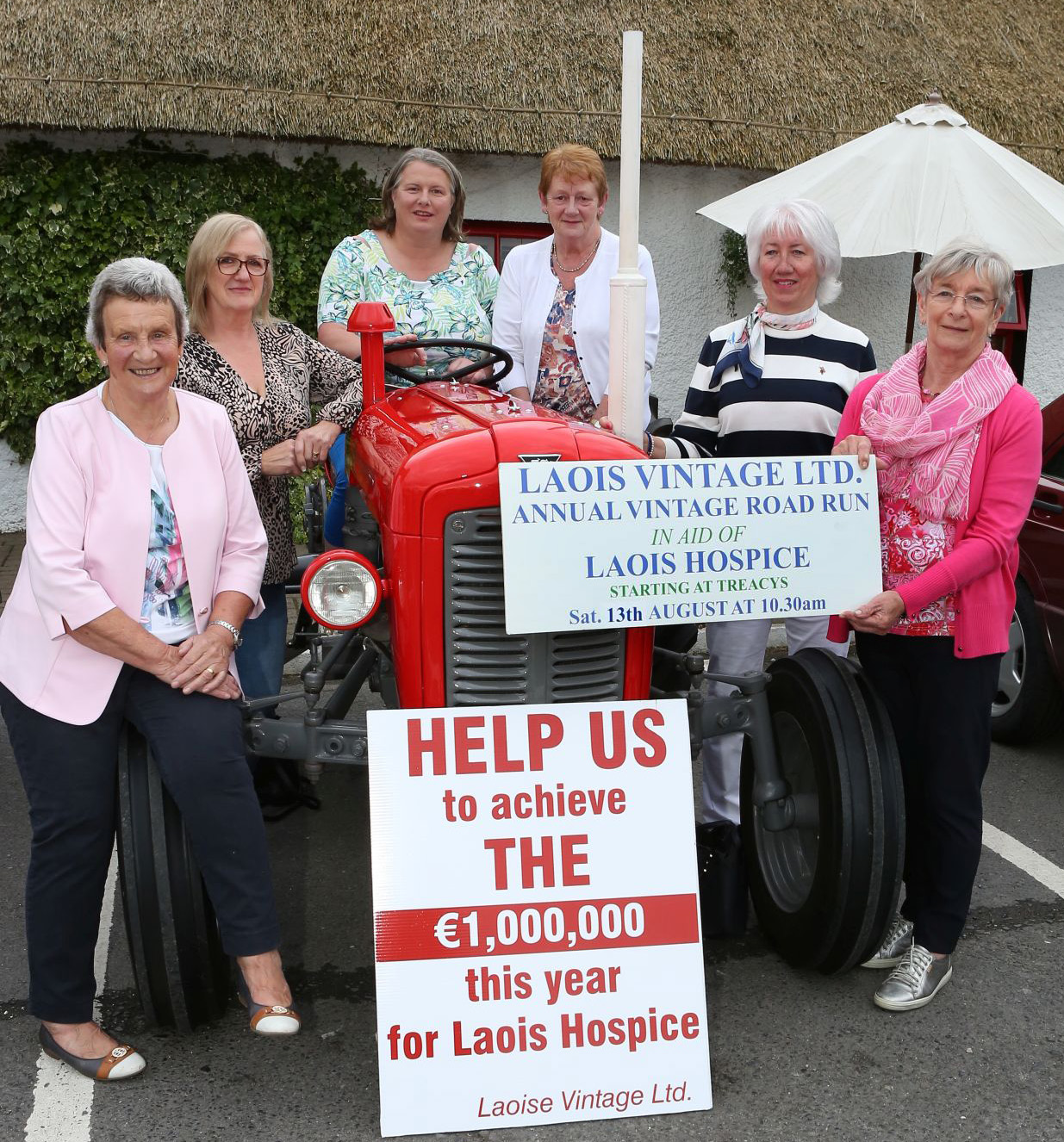 “As a group, we are forever mindful of the importance of retaining and developing the services of hospice in Laois and through our years of fundraising, this aim is, and always will be foremost in our mind,” Noelle said.

“As Laois Vintage is an independent fundraising body, we, at the end of each year, pass on all monies to Laois Hospice where they in turn provide for the needs of the terminally ill in our community.”

All are welcome to join in the run. “Anyone not having a sponsorship card can give a donation on the morning for Laois Hospice,” Noelle said.