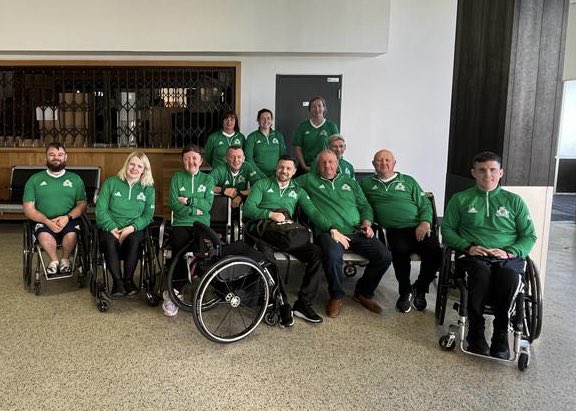 The squad of 7 players is made up from 3 clubs and a Laois club is represented.

Jonny plays for Laois Lions who are based in Clonaslee and he hails from Kildare.

The side is managed by Lynn Cromie and coached by Eleanor Lucey.

Over the week ten teams will compete at the tournament with three places up for grabs at the 2023 WWR European Championship in Cardiff, Wales.

Wheelchair Rugby, a Paralympic sport was first introduced to Ireland in 1997.

Since then, IWA-Sport, as the national governing body for wheelchair rugby in Ireland, has supported Irish players and clubs, and helped them to grow both at grass-roots level and as a competitive force at the highest international level.

The event takes place at the Skien Aktivitetspark, south of the Capital, Oslo.

The event is being live streamed and can be followed here.

SEE ALSO – Check out all our latest GAA coverage here