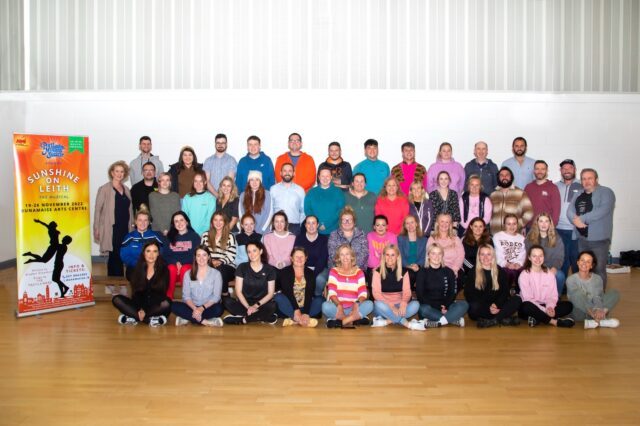 Portlaoise Musical Society are back after a three-year interval, due to the pandemic, with the Irish musical premiere of the sensational stage hit show ‘Sunshine on Leith – The Musical’.

The award-winning local group will be on stage in the Dunamaise Arts Centre from November 19-26.

Featuring music by Scottish pop-folk band The Proclaimers, ‘Sunshine on Leith – The Musical’ is a funny, energetic and heartfelt piece of musical theatre about the power of home, family and love.

The story follows the highs and lows of Davy and Ally, who, after coming home from serving in Afghanistan, have to re-learn how to live life in Edinburgh, together with their girlfriends and parents.

Don’t miss the timeless songs of the much-loved Proclaimers, including I’m Gonna Be (500 Miles), Letter from America, I’m on my Way and of course the emotive Sunshine on Leith performed by the multi-award-winning Portlaoise Musical Society that is sure to raise the roof off Dunamaise Arts Centre and have its audiences buzzing!

Chairperson of Portlaoise Musical Society JJ Tynan said: “We are absolutely over the moon to finally be able to get back on the stage and bring some sunshine to the people of Laois in this gem of a show!

“We guarantee a week full of emotion and energy with lots of enjoyment for those on the stage and those watching! The music is well known and with our talented crew, we are confident of, yet again, raising the roof off Dunamaise Arts Centre”!

The show features an award-winning production team including Director Paul Norton, Musical Director Emer Hartnett and Choreographer: Stephanie Browne and a cast and chorus of more than 50 people.

This amateur production is presented by arrangement with Music Theatre International All authorised performance materials are also supplied by MTI www.mtishows.co.uk .