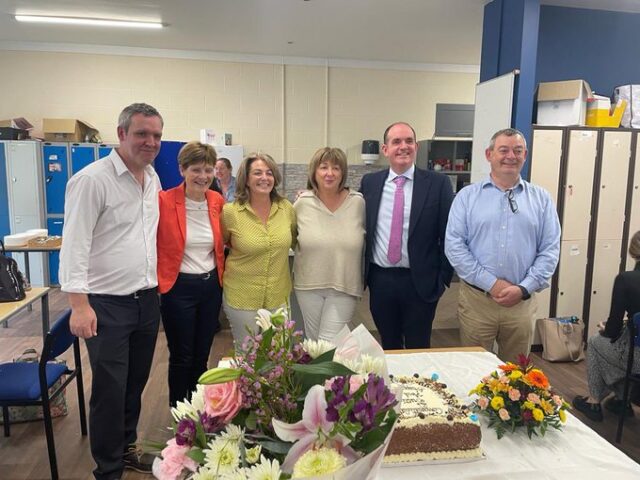 A Laois secondary school has appointed a new principal as their existing one is set to retire in a couple of weeks.

Justin Brown has been appointed to Colaiste Iosagain where he has worked as Deputy Principal since 2017.

He will succeed Seamus Bennett, who is set to retire after 22 years at the helm, at the start of October.

A native of Portlaoise, Justin Brown is a past pupil of Scoil Mhuire, CBS (now Holy Family) and St Mary’s CBS in Portlaoise where he is now chair of Board of Management.

He started Teaching in Oatlands College, Mount Merrion back in 2000.

He then took up a position closer to home and started in Coláiste Iosagáin, Portarlington, in 2002 as a Business and Religion teacher.

Mr Brown then went on a career break from 2013-2017 to work as a school’s co-ordinator with CEIST, Catholic Education and Irish Schools Trust.

He returned to the classroom in 2017 where he took up the position as Deputy Principal in Colaiste Iosagain.

Justin as a Higher Diploma in Educational Management and Masters in School Leadership from NIU, Maynooth.

He currently works in the Education Department there as a Tutor and presenter on it’s Future Leaders programme.

Colaiste Iosagain is one of the largest schools in the midlands with a student population of 1,100. There are over 100 staff between Teachers, SNA and Ancillary staff.

Colaiste Iosagain was an amalgamation of St. Joseph’s CBS and Scoil Mhuire, two former secondary schools in the town and now is under the Trusteeship of CEIST.

In terms of development, Colaiste Iosagain is at stage 2A of a €23 million build which needs to be progressed.