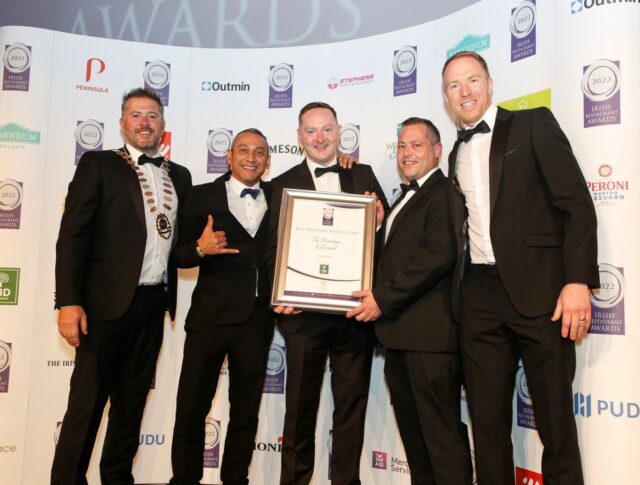 The Heritage, the relaxing hideaway in the heart of Laois, has been awarded Best Emerging Irish Cuisine in Leinster at The All Ireland Final of The Irish Restaurant Awards 2022.

This award celebrates hotels and restaurants that showcase the best of Irish produce, as well as displaying a genuine commitment to influencing the future of Irish cuisine.

Tom is passionate about championing local produce and his classic menus have been a hit with guests since he joined the team. The Heritage are proud to work with many local artisan producers including Feighery’s Butchers, O’Gorman’s Mushrooms and Moore’s Pork Farm.