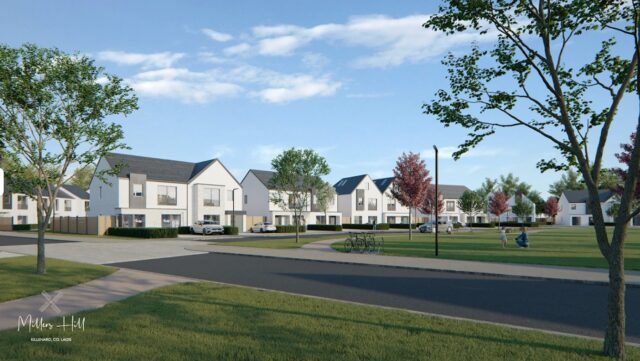 The negative impact of the budget measure to impose a 10% levy on blocks and concrete products is already being felt according to Independent TD Carol Nolan.

The levy, which has been widely criticised by both backbench Government TD’s and opposition TD’s is set to add to the cost of building an average residential property according to construction industry representatives.

Deputy Nolan said that she has been contacted by distressed couples who have had their dreams of owning a new home in the Millers Hill development at Killenard utterly destroyed over the weekend.

Deputy Nolan said that couples were contacted by the developer by email on Friday evening at 6.30pm stating that they were delaying the development until next spring due ‘to the rising cost of construction materials, tight labour markets and a shortage of skilled traders personnel and to avoid program delays due to poor winter conditions’.

The Independent TD said that many of the people who had signed up to own a property at Millers Hill had already paid a significant down payment of up to €10,000 and were approved for assistance under the Help to Buy Scheme.

It is understood the deposits will now be returned in full.

“This is the clearest indication yet that the measures adopted by Government in its Budget last week are already proving to be an absolute disaster for families and those seeking to own their own homes,” stated Deputy Nolan.

“The concrete levy must be scrapped immediately. It is outrageous for Government to generate revenue in this manner in the middle of the worst housing crisis in decades.”

“Developers are leaving and with them are the hopes and dreams of young families. It is a trend that cannot be allowed to continue. It is absolutely ironic, and indeed tragic, that the immediate impact of this so-called giveaway Budget was to take away peoples hopes of home ownership.

“I will be raising the matter with the Minister for Housing and demanding that he abolish this levy immediately,” Deputy Nolan concluded.

Last night, Sinn Féin brought forward a motion to the Dáil calling for the levy to be scrapped.

A vote on that was deferred until this evening.