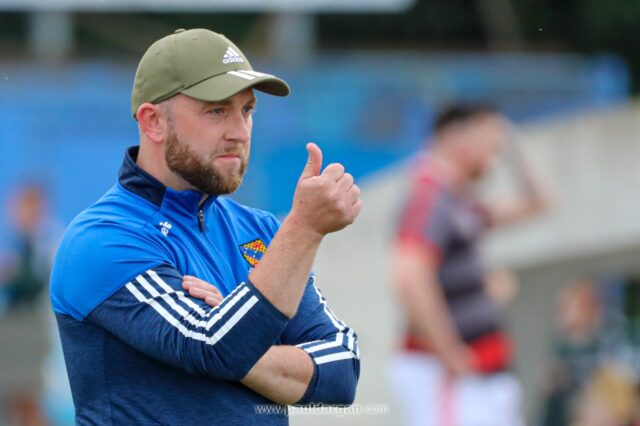 Ballinakill’s Damien Carter has been confirmed as the Laois minor hurling manager for the 2023 season.

Outgoing manager Declan Qualter stepped aside after this year’s campaign ended bringing an end to his two-year spell which included this season’s brilliant run to a Leinster final appearance and All Ireland quarter-final group stages.

Carter was a selector/coach with Qualter for the past two seasons and now ascends to the manager’s position.

And as well as being a Laois minor selector in 2022, Carter also managed the Mountmellick hurlers to an historic intermediate final appearance.

He will be assisted by Eddie Downey, the pioneering Portarlington hurling man who was over the Laois Celtic Challenge team this season, a group comprised mostly of U-16 players who didn’t play with the county minor team.

Also joining the management team will be Kevin ‘Rebel’ Power, a native of Johnstown in Kilkenny and who was involved with the Rathdowney-Errill seniors in 2021.

It’s understood that Derek McGrath’s role won’t be as hands-on as it was previously while Tom Brennan isn’t involved having been a key part of last season’s backroom team.

Meanwhile, Clough-Ballacolla’s Ollie Hally is set to continue as U-20 manager for a third season.

Camross’s Tadhg Doran, a selector with the minors last year, moves up to the same role with the U-20s while Christy Coughlan, from Templederry in Tipperary but a teacher in Mountrath Community School, continues as a coach/selector as does Sean Conroy from The Harps in.

Tomas Hasset will oversee the minor strength and conditioning programme while Conor Shannon fulfils the same role with the U-20s.

Miriam Harrison and Laura Langton will be physio with the U-20s and minors respectively.