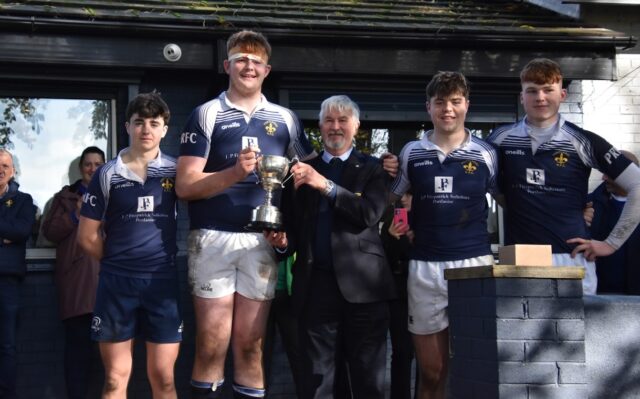 Portlaoise were made to work all the way to get their hands on a much treasured Leinster U-18 Cup, in a match that proved to be pulsating from start to finish.

Tough tackling was the order of the day and Portlaoise’s ability to get over the try line on two occasions been the difference between the teams.

With Seapoint playing with the wind in the first half they put early pressure on the Portlaoise defence where an early penalty was conceded and Seapoint slotted it over to gain a three point advantage.

Hard to believe that would have been their only score in the game.

Seapoint did as much as they can to use the elements  and  play the game in the Portlaoise 22 but Portlaoise were resilient and kept their line cleared time after  time.

Difficult to make ground with the wind in their faces, but with the forwards making hard yards and great inter play from the backs, Portlaoise managed to get a ruck on the 5-metre line where Captain Sean Peters drove over to get an important and impressive try.

This put Portlaoise 5-3 ahead but the men from the Midlands wanted more.

Dylan Kelly sniped from the blind side of a scrum and off loaded to the impressive Ciaran Culleton but the Seapoint defence covered quickly to force a line out. No time to take it as the half time whistle was blown. 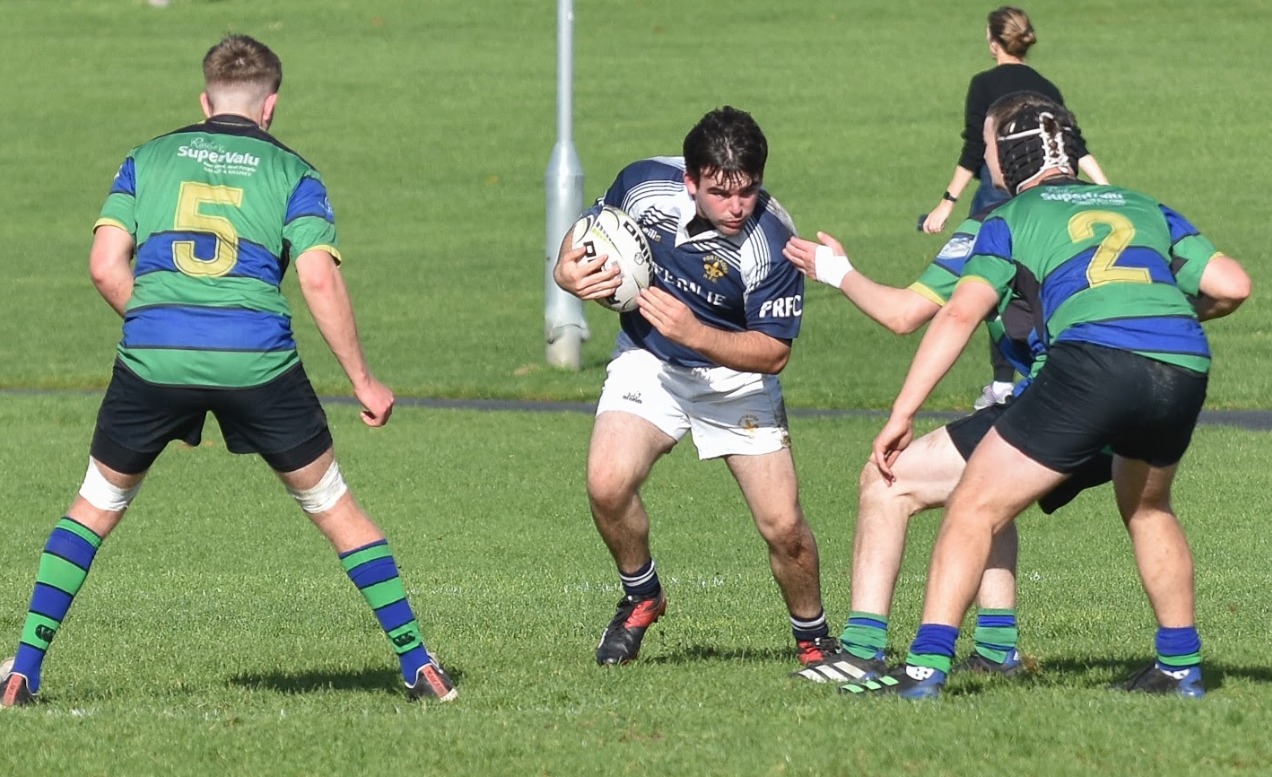 A slender lead and playing with the wind it looked good for Portlaoise but Seapoint are a running team and there was no place for complacency.

Portlaoise wanted that win badly and with superb combination play from forwards and backs, Ciaran Culleton deserved his try  and he was delighted to put his team 10-3 up. Mathew Coonan added two more points for good measure. 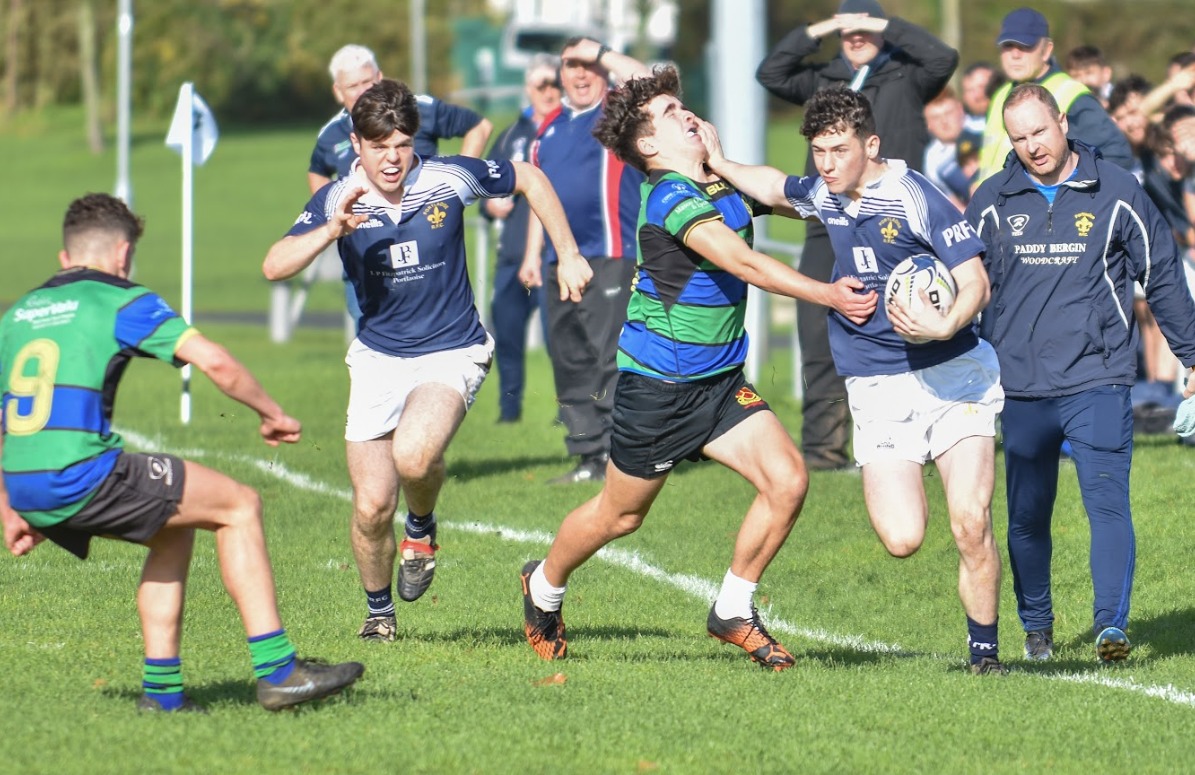 It was all Portlaoise at this stage and more points were inevitable but Seapoint weren’t going down without a fight and Portlaoise had to rely on a penalty kick from Mathew Coonan to add further points to make the game 15-3 going into the final stages.

With 12 points to the good, Portlaoise held out for that important full time whistle and celebrations all around signified how much it meant to the men from Portlaoise RFC. 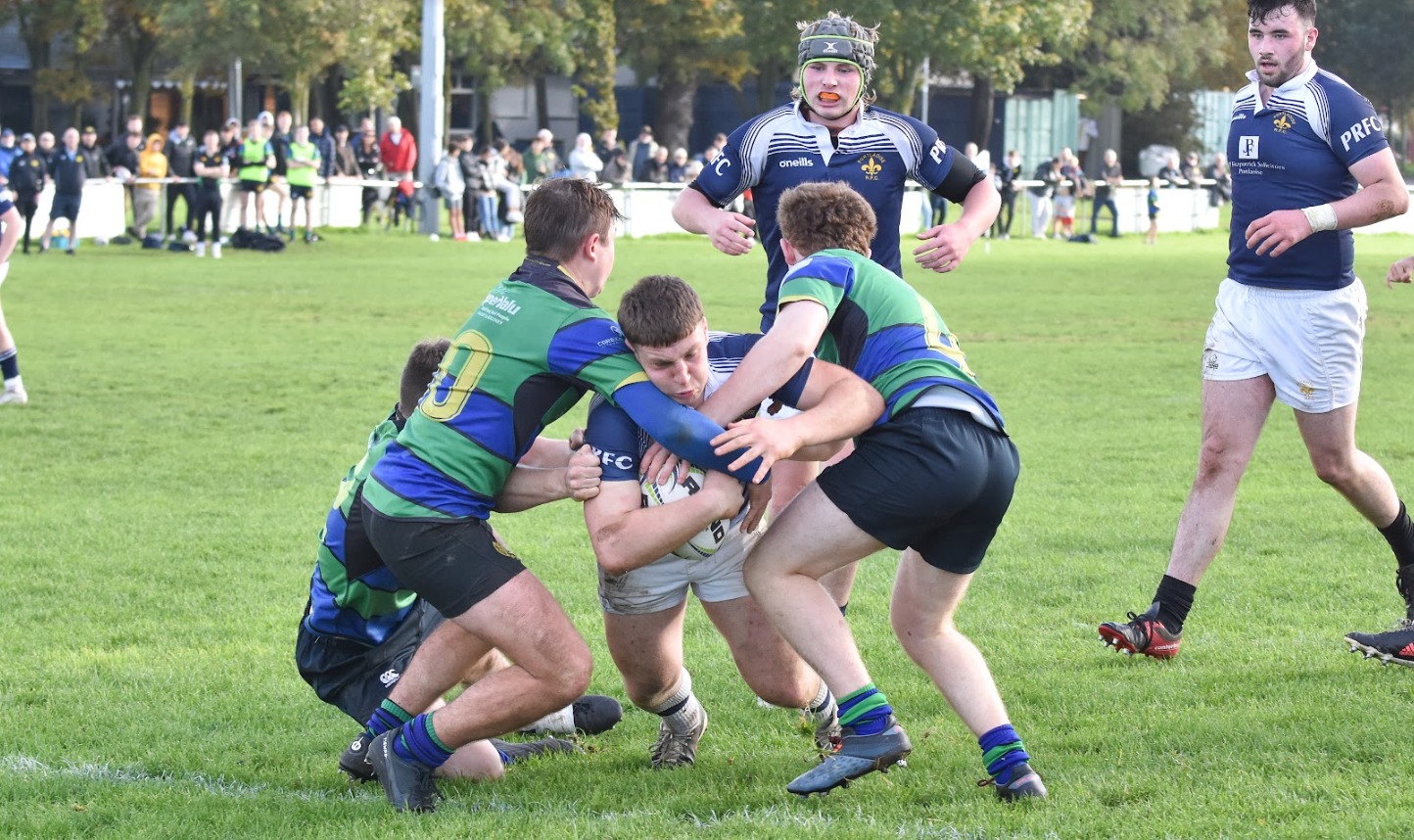 This was a superb all round team preformance for Portlaoise and every man stood up to be counted but this games man of the match goes to the silent assassin of Cian Coffey.

Coffey was playing out of position at second centre was one of the main reason’s Seapoint’s couldn’t get over the try line. Cian’s back play was flawless and worthy man of the match award. 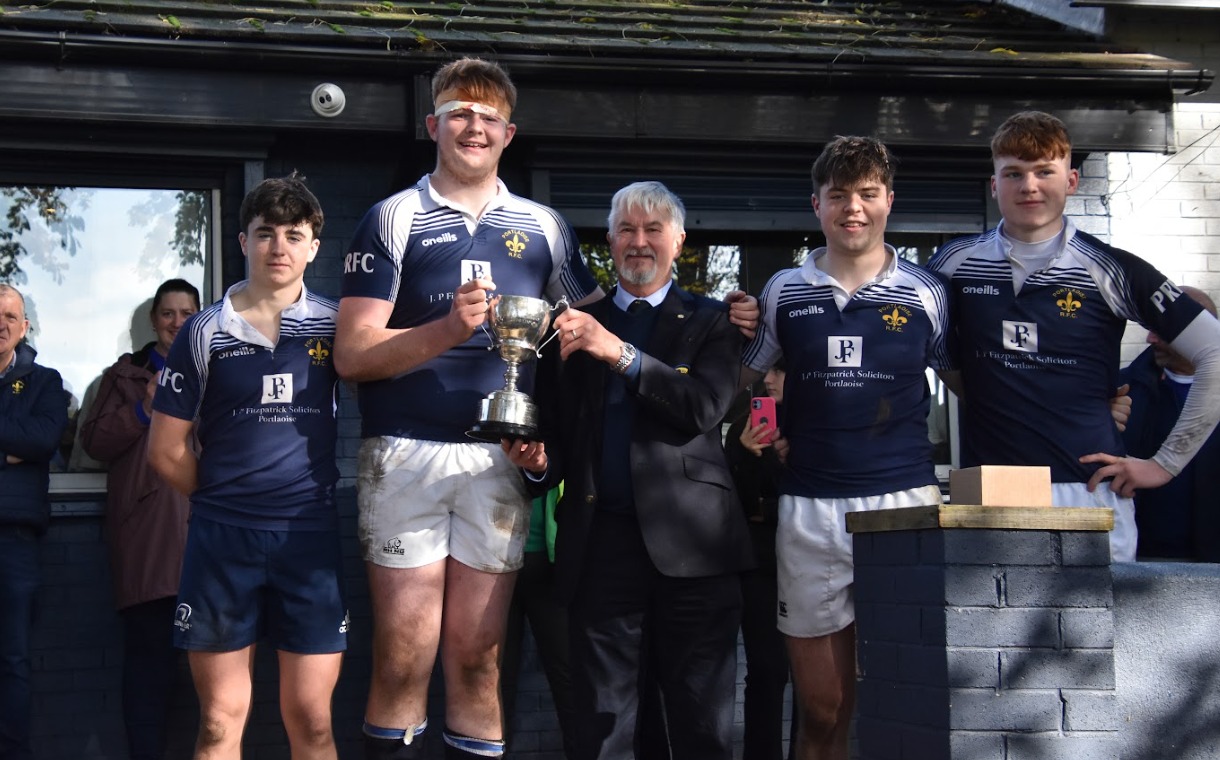