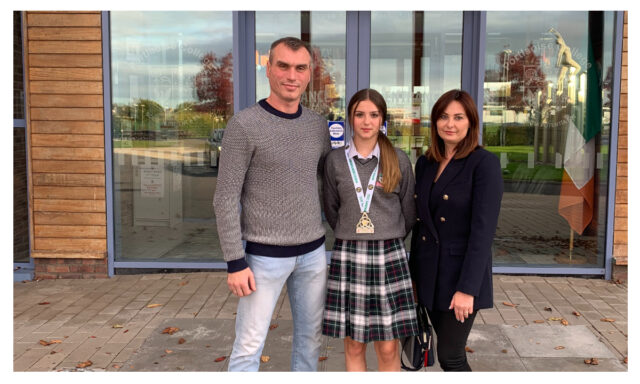 The tournament, which sees the best teenage fighters in the world competing against each other was staged in the Gleneagle Hotel in Killarney.

Ugne outlasted athletes from many different nationalities to reach the final in the 50kg 13-14 year old division.

Ugne has no Kickboxing club, but with the support of her parents she trains on her own and with the Portlaoise Boxing Club.

Ugne was delighted to bring her silver medal back to Portlaoise. Ugne’s long term ambition is to represent Ireland at the 2028 Olympics.

Meanwhile a short term goal of hers is to get to the 2023 World Championships in America where she will move up an age category.

Principal Noel Daly said: “All of us at Portlaoise College are really proud of Ugne’s achievement, her silver medal is a culmination of all her hard work dedication and support from her family.

“We would all like to wish Ugne well in next year’s World Championships.” 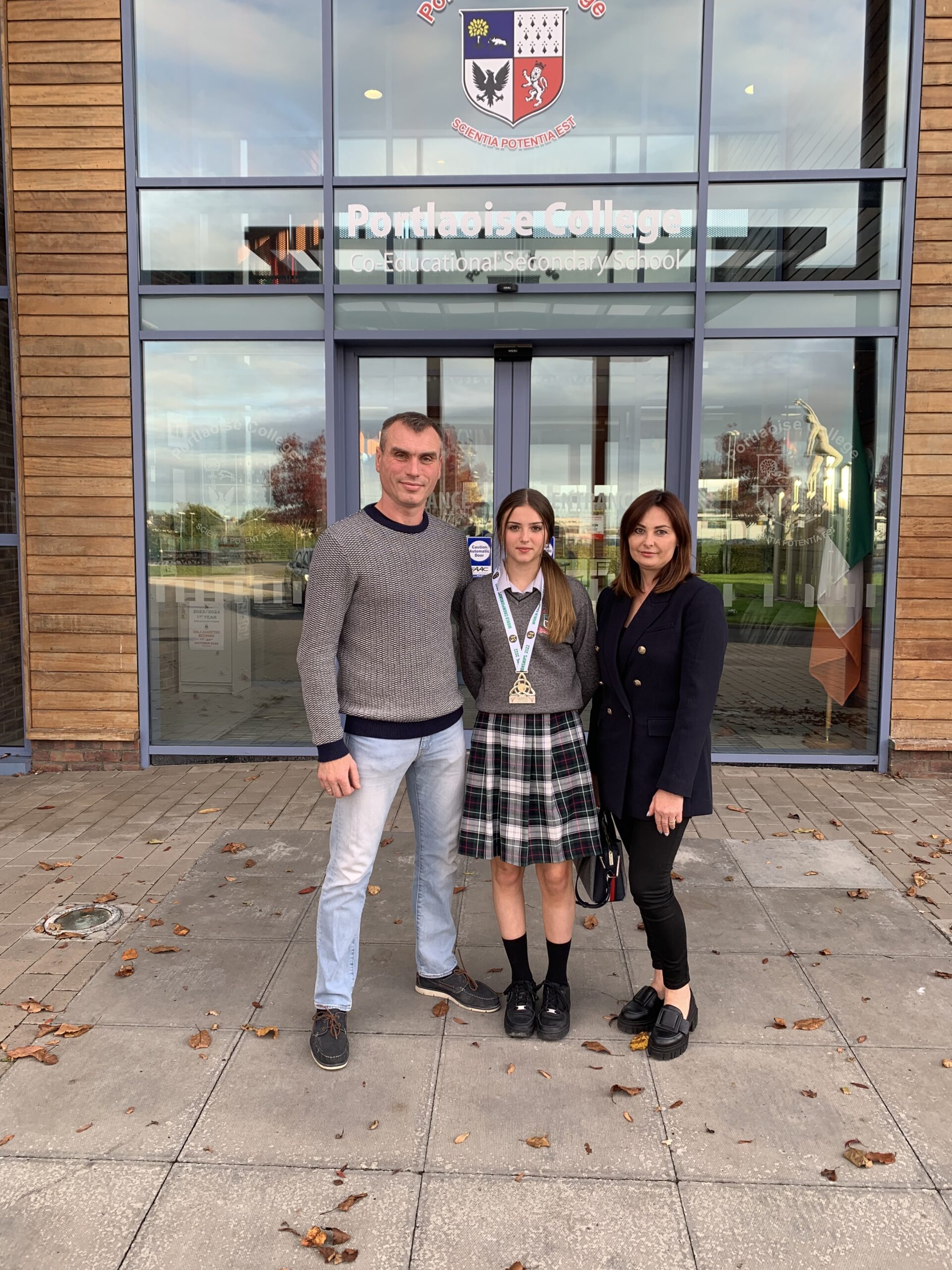 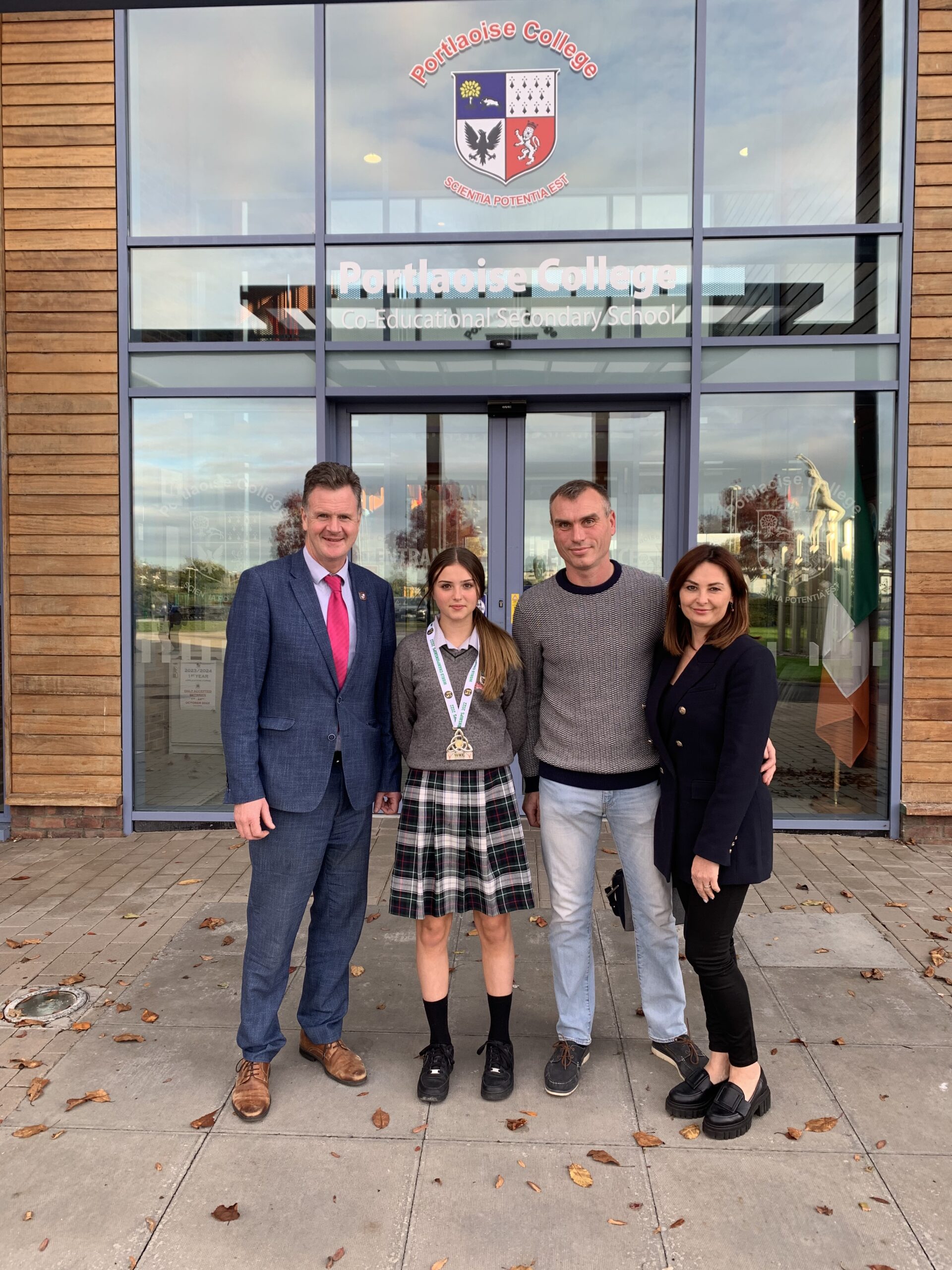