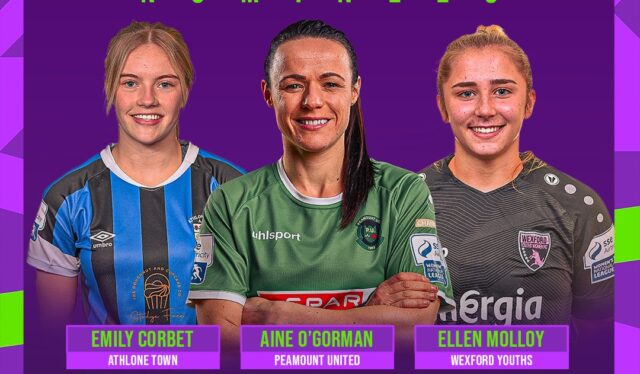 The Women’s League of Ireland announced their shortlists for their end of season awards and a Laois player is among the top three.

Teenager Emily Corbet has been shortlisted alongside two others for the Player of the Year Award.

The Athlone Town striker is up against Peamount United’s Aine O’Gorman and Ellen Molloy of Wexford Youths.

This is a huge achievement for Corbet as both O’Gorman and Molloy are part of the Republic of Ireland Women’s squad who recently qualified for the World Cup.

19-year-old Corbet has enjoyed an amazing season for her club Athlone Town.

She scored 20 goals and finished second on the overall scoring charts behind the aforementioned O’Gorman.

She spearheaded the attack of a side that finished in second position in the table – losing out to champions Shelbourne by just two points.

Corbet’s season is not over yet either as Athlone Town are set to make history this weekend.

They will compete in their first ever Women’s FAI Cup final when they take on Shelbourne in Tallaght Stadium on Saturday.

The winner of the Player of the Year will be announced on November 24.

Emily recently spoke to us about her career to date and you can check that out on the Podcast below:

Any Podcast listeners who want to receive the private feed to listen on Apple Podcasts, or any other platform (with the exception of Spotify) should email info@laoistoday.ie and we will send you the link.