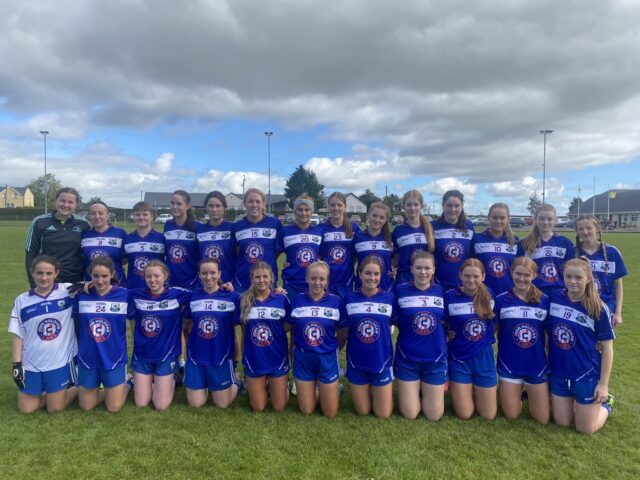 A bullet of a goal from Aoibhe Byron in the final minute of extra time finally settled an absorbing Minor ‘B’ ladies football final today in favour of St Conleth’s in Annanough.

A couple of late points from Byron in normal time looked like enough for St Conleth’s as they came from behind to go one ahead with time almost up.

But a brave Ballyroan side landed an equaliser – and extra time was needed to separate the sides.

The game swung both ways in extra time and though another Conleth’s goal had the sides level again with time almost up, a Ballyroan free gave them the lead once more.

However, from the next St Conleth’s attack, Byron,a daughter of former Laois footballer Fergal, got possession in front of goal and fired an unstoppable effort to the back of the net.

Ballyroan couldn’t manufacture another score and the final whistle sounded shortly, greeted with delight by the St Conleth’s crew and dismay by Ballyroan who had played their part in a fine contest.