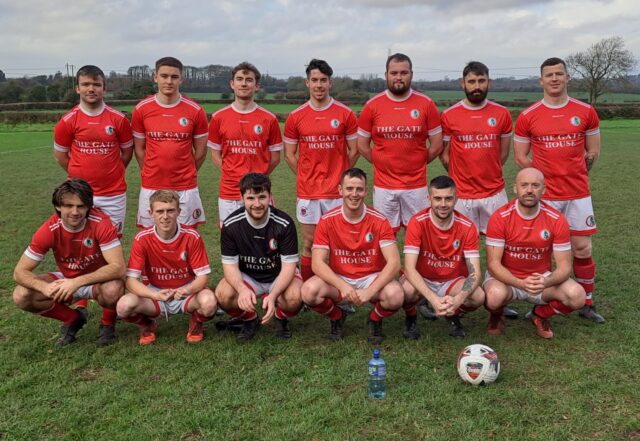 Second faced third in Division 3A of the CCFL in Ballyroan on Sunday morning as Maryborough FC hosted Emo Celtic.

The sides were locked on ten points apiece coming into the game, although the home side were in slightly better form, coming off an impressive 4-1-win last week at home to Rosenallis B.

Emo Celtic, meanwhile, were looking to bounce back from their first defeat of the season, having surrendered top spot last week in a losing effort away to Cloneygowan Celtic.

Emo had a brilliant opportunity to open the scoring in the first minute when Liam Kitchen, Jack Owens, and Craig Langford linked up through the middle but could not convert.

Maryborough were awarded a penalty in the 10th minute when Dylan Langford was adjudged to have handled the ball in the box.

James Henderson stepped up and calmly tucked the ball past Ross Meredith to give the hosts the lead. Meredith normally plies his trade at the opposite end of the pitch, but was today standing in for regular goalkeeper, Niall Gorman.

Maryborough were holding their shape and well organised, flooding midfield with their 4-2-3-1 formation.

It led to periods of sustained possession and several attacks, but Emo were level against the run of play in the 15th minute when Niall Wheeler got on the end of a Cian Langford cross to head the ball past Chris Cash.

The visitors then took the lead in the 22nd minute. Kyle Burke brought down Craig Langford inside the box and Stephen Norton made no mistake from twelve yards – Norton’s sixth goal of the season.

It was appropriate that Wheeler and Norton scored the opening two goals for Emo Celtic, because the midfield duo were the outstanding performers on the day. 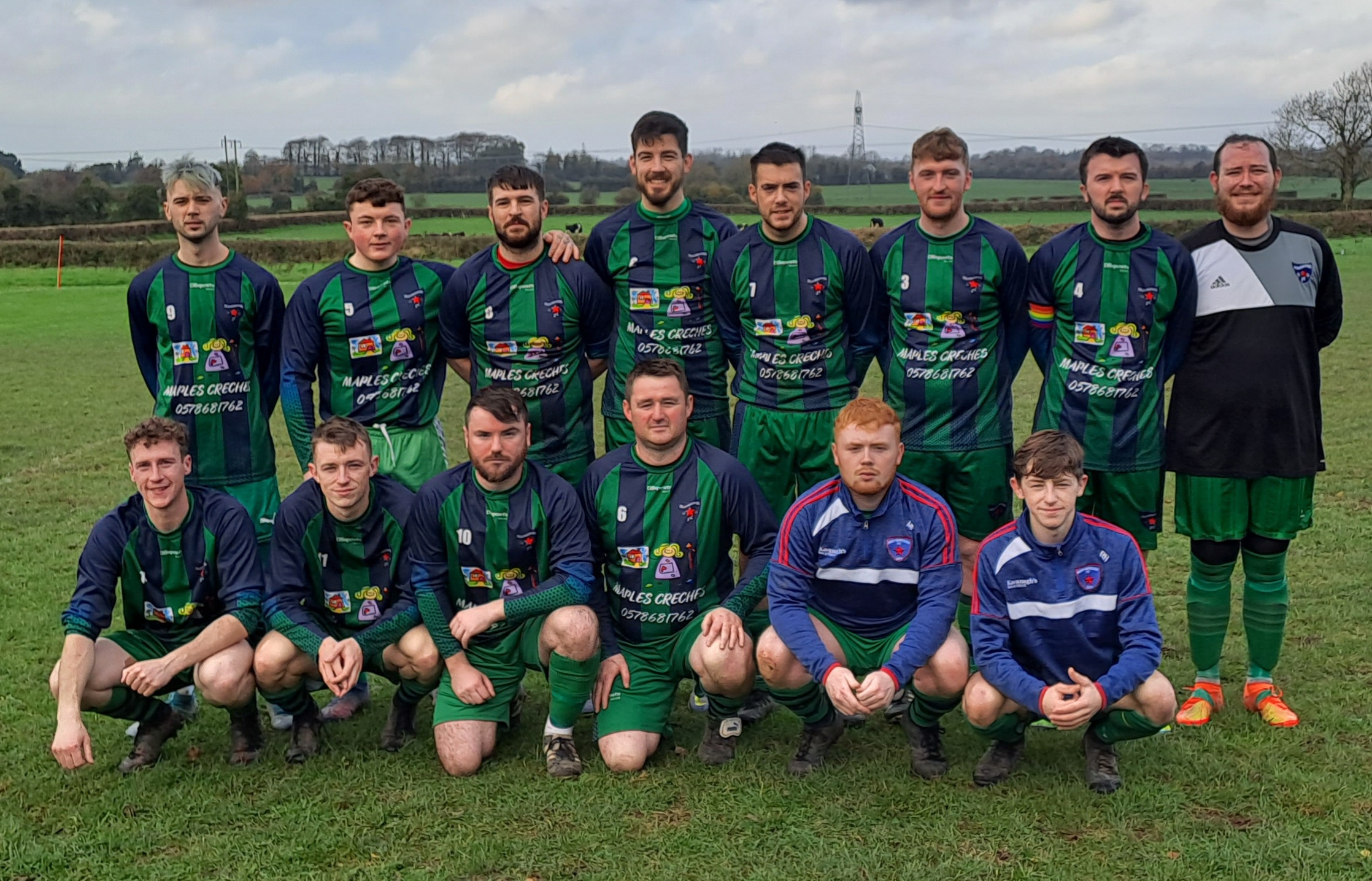 They were solid in the tackle and in the air, winning almost all their encounters. They each looked sharp in both attack and defence, and once again proved their importance to this Emo side.

Maryborough became a little disjointed after the second goal, but even when they did get the ball into the Emo box, centre backs, Dylan Langford and David Donnelly cleaned things up each time.

Cian Langford missed two glorious chances to extend the Emo lead in the first five minutes of the second half, but did eventually make it 3-1 in the 54th minute when he finished off a wonderful team move.

Maryborough full-backs, Kyle Burke and Killian Breen were up and down their lines all day, trying to create something, but the midfield congestion that had benefitted Maryborough in the first half stopped them from creating very much in the second.

Their star man this season has been Sean Hoffmeister, but Emo starved him of possession. He cut a frustrated figure midway through the second half as she was seeing less and less of the ball.

Substitute Robbie Hoffmeister was heavily involved once he was introduced – a ball of skill and energy, busily getting around the park. He moved into centre-forward in the 70th minute, allowing Sean Hoffmeister to move onto the left wing, where he was a lot more effective.

Maryborough threw everything they had at Emo for the last twenty minutes, but the reds stood up to the sustained pressure to tighten their grip on second place. 3-1 the final score.

The race for promotion is heating up in Division 3A and it must be said, both these sides look as though they would be more than comfortable at a higher level.