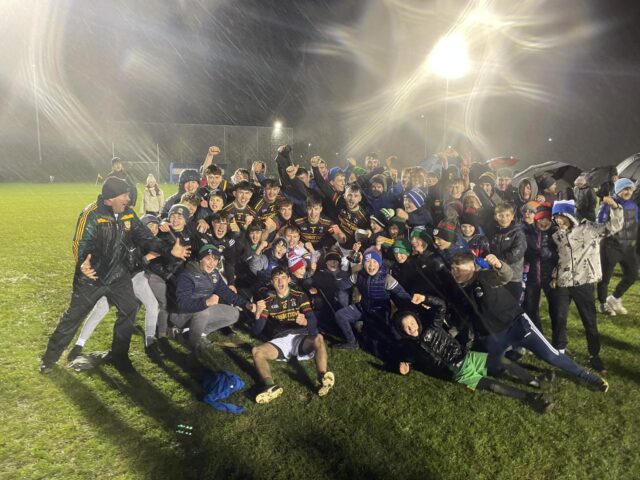 There was serious drama in the Centre of Excellence on Saturday evening as the U-20 ‘B’ hurling championship was decided.

Park-Ratheniska-Timahoe and Na Fianna engaged in an epic battle that ended in a penalty shoot out.

Since the method for determining the outcome of matches was introduced by the GAA a few years ago, this is just the third game to be decided this way.

Borris-Kilcotton and Rathdowney-Errill had a Junior championship match end in penalties while this year’s Division 2 hurling league semi final between Abbeyleix and Clonaslee-St Manman’s also did.

But this was the first time that silverware was up for grabs for whoever was the winner.

It was a game full of twists and turns as neither side could gather up enough steam to pull away from the other. Both sides ill-discipline threatened to cost them in the end as 15 of the 24 scores came from frees.

It looked as though Na Fianna had it won in normal time as they were a point up late in injury time.

PRT were awarded a free that most thought went wide but a 65 was called and Paul Ruddy showed no fear as he slotted it over and brought us to extra time.

Na Fianna had to pull out a miraculous recovery then in extra time to force penalties.

They had a 65 of their own to level it but Darragh Lyons misjudged rising the ball and was forced to tap it across the field to Jarlath Connolly who struck it over brilliantly to force penalties.

The drama carried on into penalties as it went to sudden death and it was goalkeeper v goalkeeper and Oisin Ramsbottom came out on top by scoring the winner for PRT.

Brian Ramsbottom from Park-Ratheniska was the man behind the camera for the penalty shoot out.

Check them all out below: