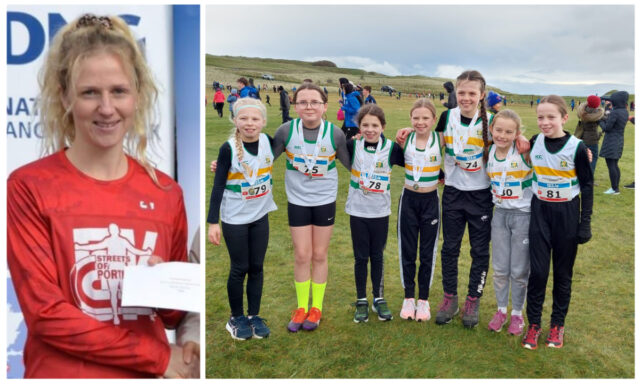 Many athletes, coaches and parents made the long journey by bus on Saturday with spirits high, making for an enjoyable journey.

Conditions on Sunday looked favourable early in the day, however a swift breeze blew in from the Atlantic.

The course itself was in perfect condition with plenty of rolling hills and good underfoot conditions.

The first race, the Girls U-12 got proceedings under way, with the girls navigating their way around the 2km course.

From very early on, Laura Ayers of St Abban’s put herself in a great position in the leading group and as the pace quickened she was well able to continue progressing through the group. Behind her, each of her team mates were making moves through the field to bolster the team position.

As they came down the hill and into the finish, Laura sprinted for home, coming home in 4th place.

Her clubmate Sinead Fitzpatrick continued her excellent form this year when she finished in 29th place. She was closely followed by Laura Malone 39th and Zoe Dunne completed the team scoring in 54th for St Abban’s.

Down the field, Ellie Knowles, Heidi Buggy and Lily O’Neill battled hard around the course to complete the St Abbans team. From there, there was a nervous wait for the girls to see the outcome of the team event. Jubilation soon descended when the U-12 girls were confirmed as All Ireland Champions.

The Laois team finished in 6th place. Laura was also a scoring member of the Leinster team who finished in the gold medal position.

There was no Laois interest in the Boys U-12 race so next up was the Girls U-14 competition.

Once again, a team of Ciara Milton, Cara English, Chelsey Dooley and Katie Hartnett set about competing over the 3000m course for St Abban’s.

Ciara led the team home strongly finishing in 34th place. Next up was Cara English in 42nd, Chelsey Dooley in 49th and Katie Hartnett in 108th place. The girls finished just outside the medal places in 5th position.

There was strong Laois representation in the Boys U-14 race with Portlaoise AC’s David Wajrak finishing 7th.

His clubmate Dan Downey was the next Laois athlete home in 51st position while Cian O’ Sullivan and Kalem Buggy were the only competitors from St Abbans with Riley Connolly of St Michael’s also in the field.

All three ran strongly throughout and when they completed the 3km course Kalem finished in 86th place, Riley in 132nd while Cian was 142nd.

Rachel Ayers was next up in the Girls U-16 for St Abban’s where the weather had begun to change to less favourable conditions.

The wind picked up and with that, clouds began to appear across the nearby Atlantic Ocean. Nevertheless, Rachel set about moving through the field and continued to progress throughout the race to finish in 18th place. Rachel was 5th scorer on the Leinster team who finished in 2nd place.

Della McLoughlin came home in 60th position for Oughaval AC with Katie McLoughlin in 72nd in the same race.

There was no Laois competitor in the Boys U-16 or Girls U-18 races so attention turned to the Boys U-18 event.

Jack Fenlon of St Abban’s competed in the Boys U-18 and Junior race. With a very fast pace set early in the 6km course, Jack saw best to stay with the second group of athletes rather than the leaders. A

s the race progressed, the testing course began to take its toll and Jack finished up in 22nd place overall and 8th in the U-18 race. Jack was 2nd scorer on the Leinster team who took victory in the Boys U-18 provincial competition.

Richard McLoughlin of Oughaval AC competed in the Boys U-18 race and finished 78th.

Laois had three competitors in the Women’s Junior race with Kate Connolly of St Michael’s in 41st, Orla Looney of Portlaoise in 52nd and Rebecca Marshall of in 63rd place.

The final two events of the day were the Senior competitions and there was a massive result in the Women’s event.

Mary Mulhare of Portlaoise AC finished in fifth place – a performance that secured her a spot on the Irish team for the European Championships.

Lucy Deegan of St Abban’s was the only other Laois competitor and she battled for 55th place. 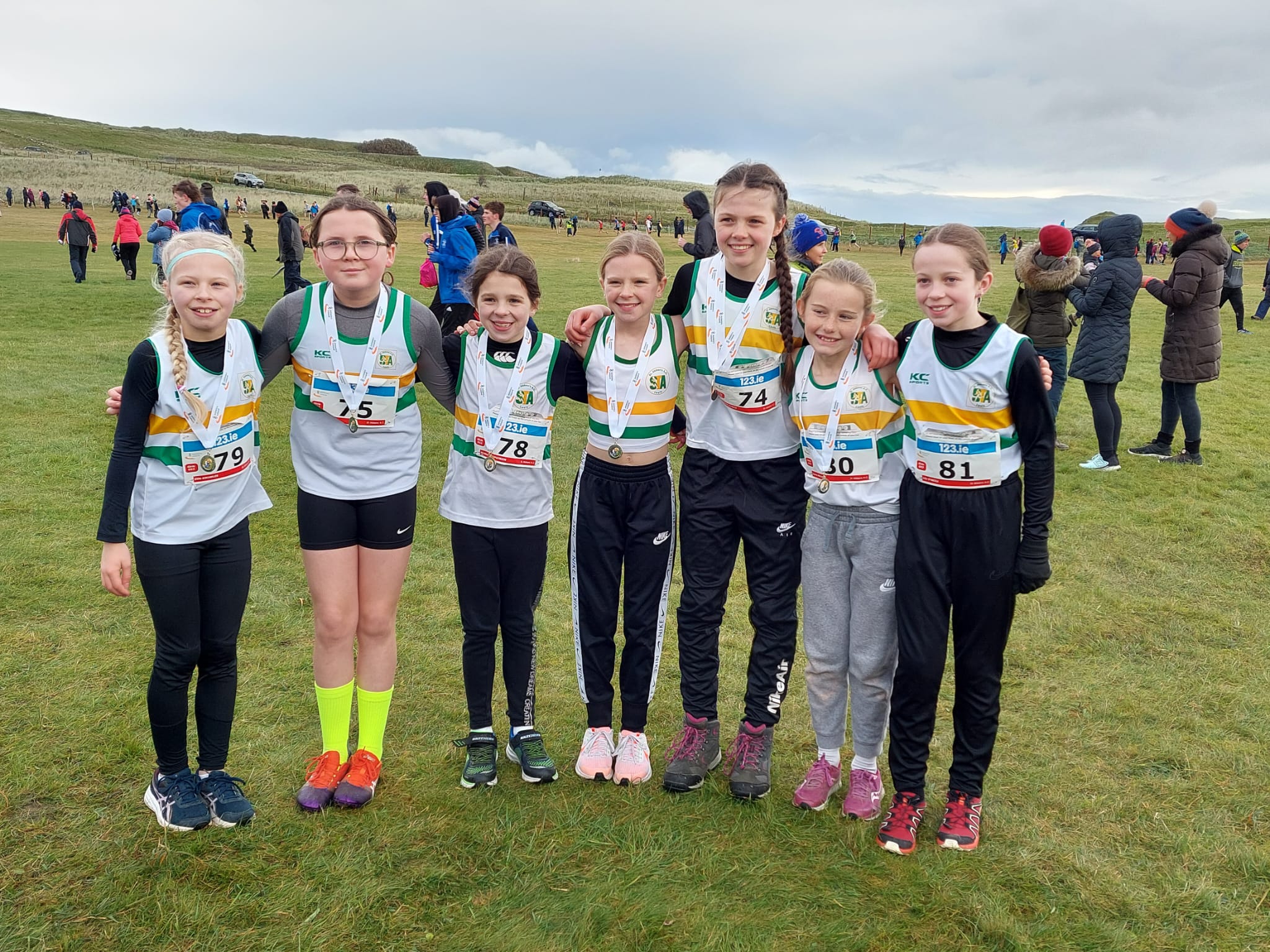 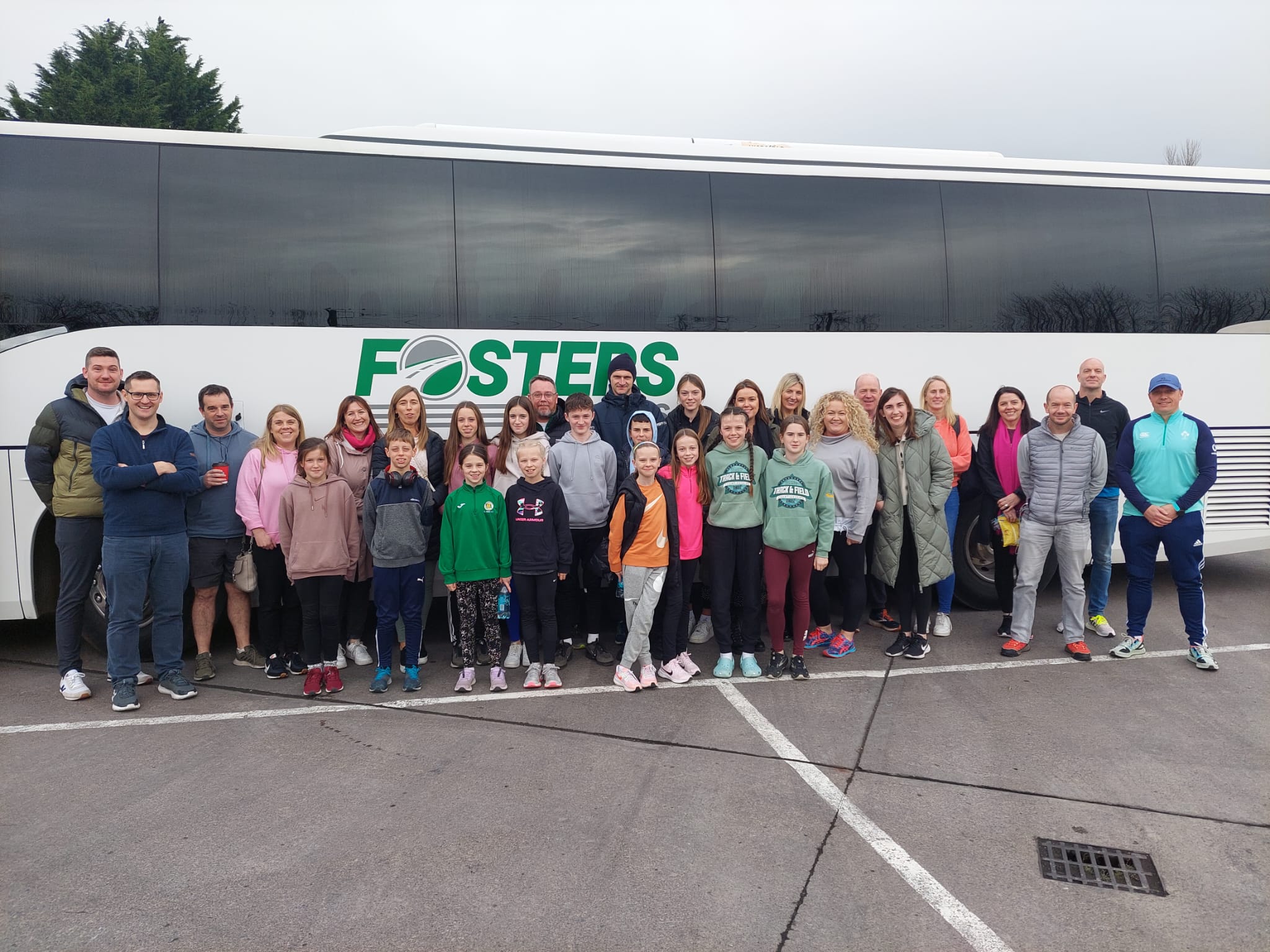 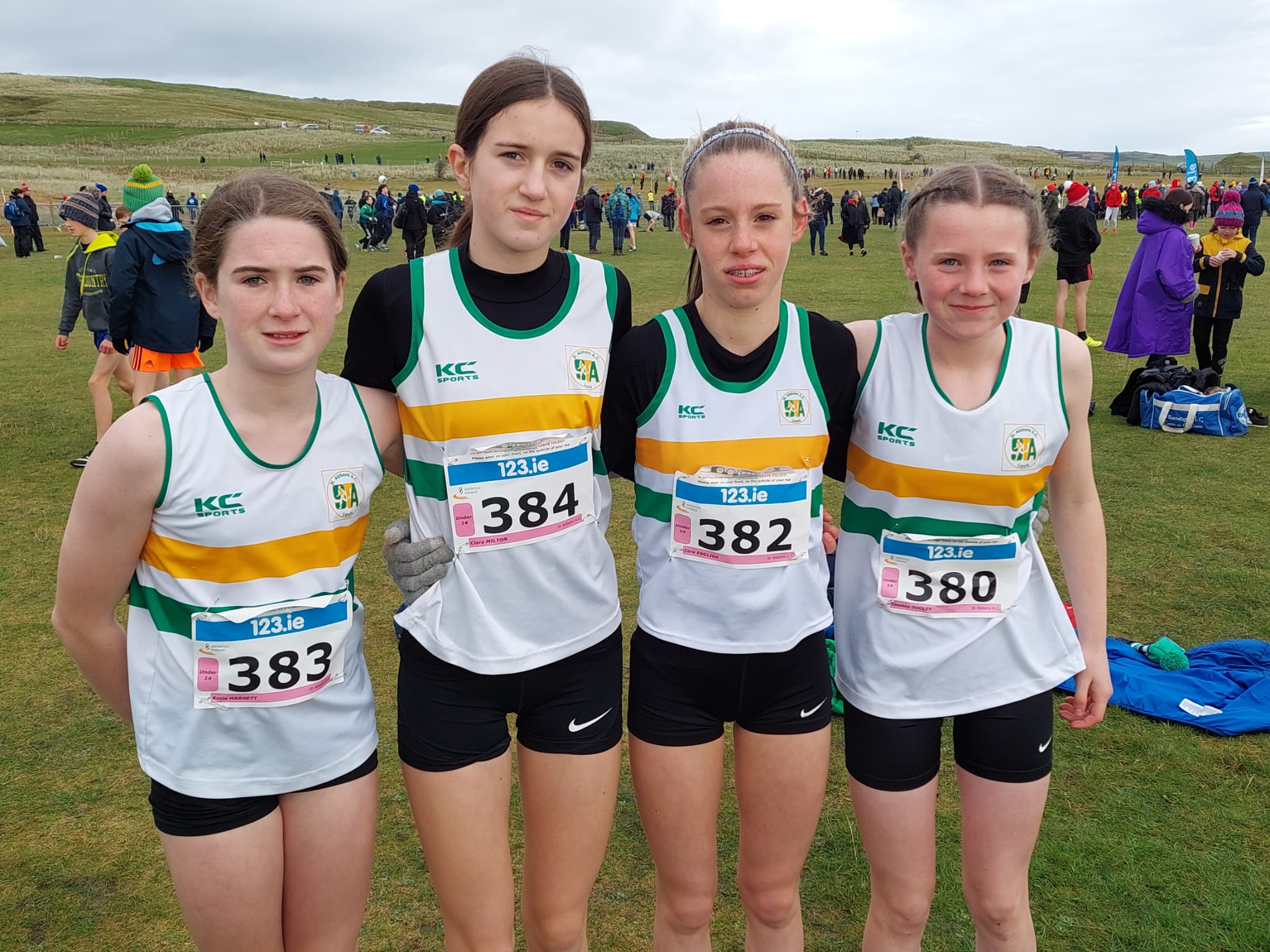 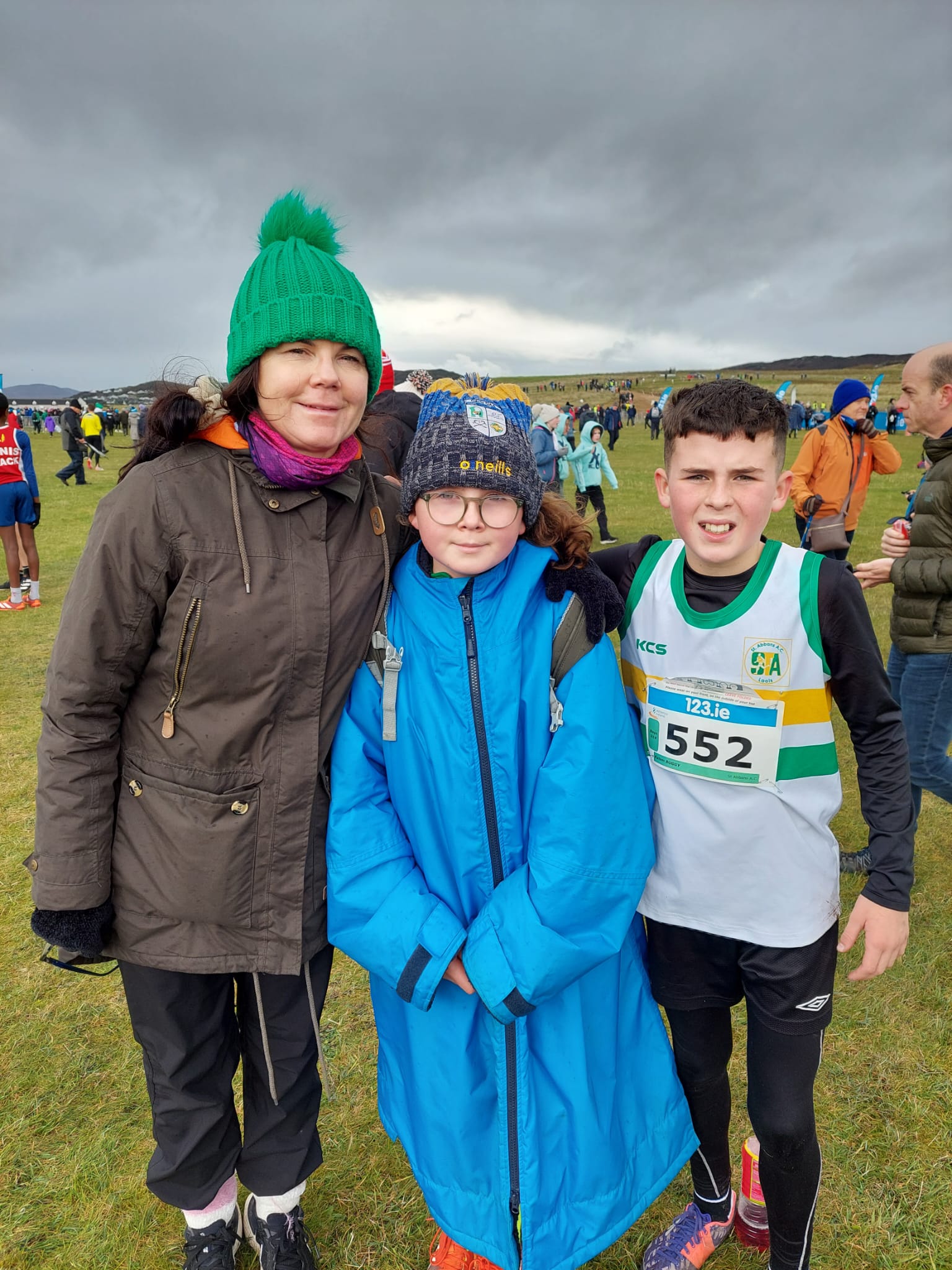 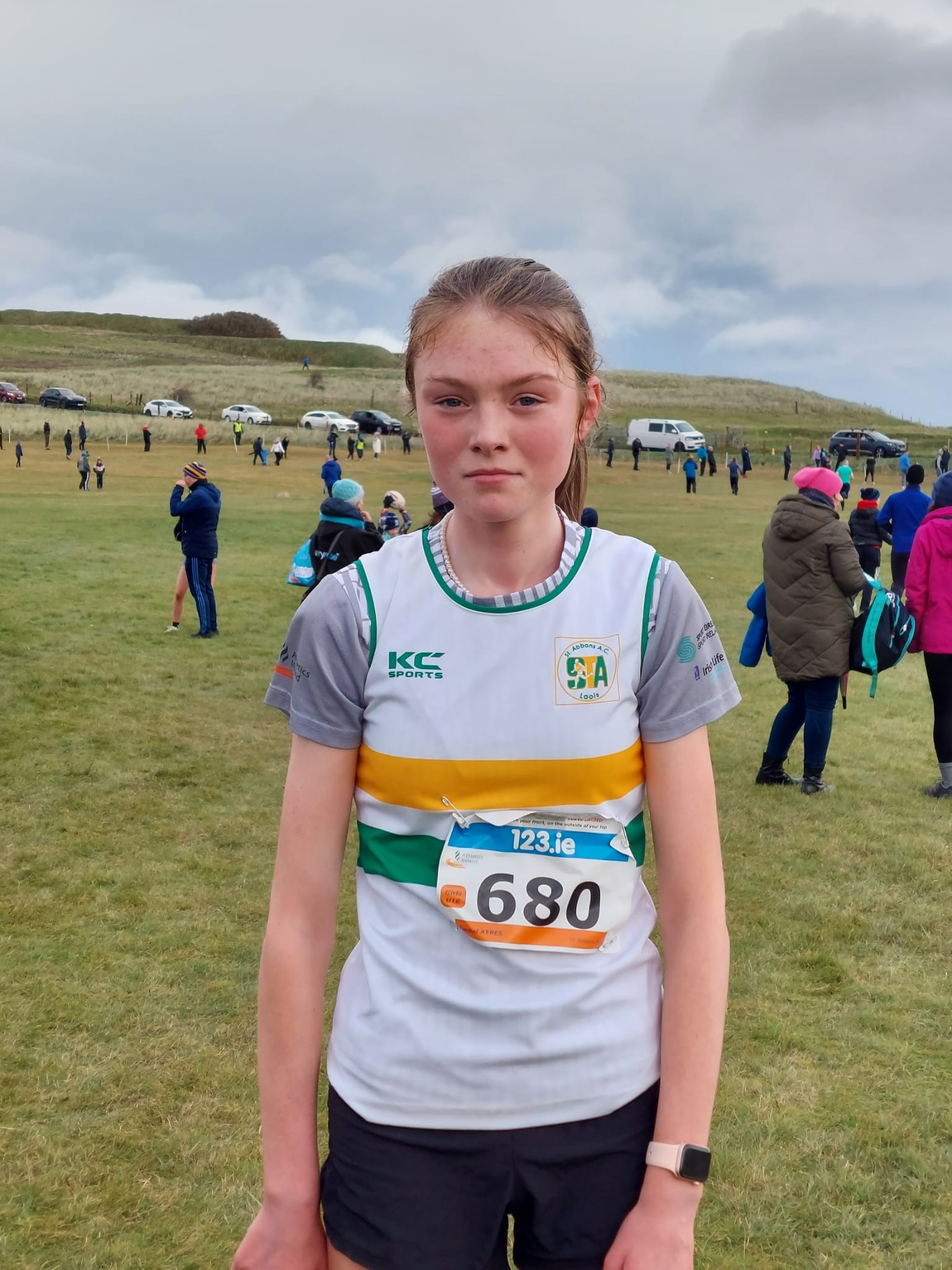 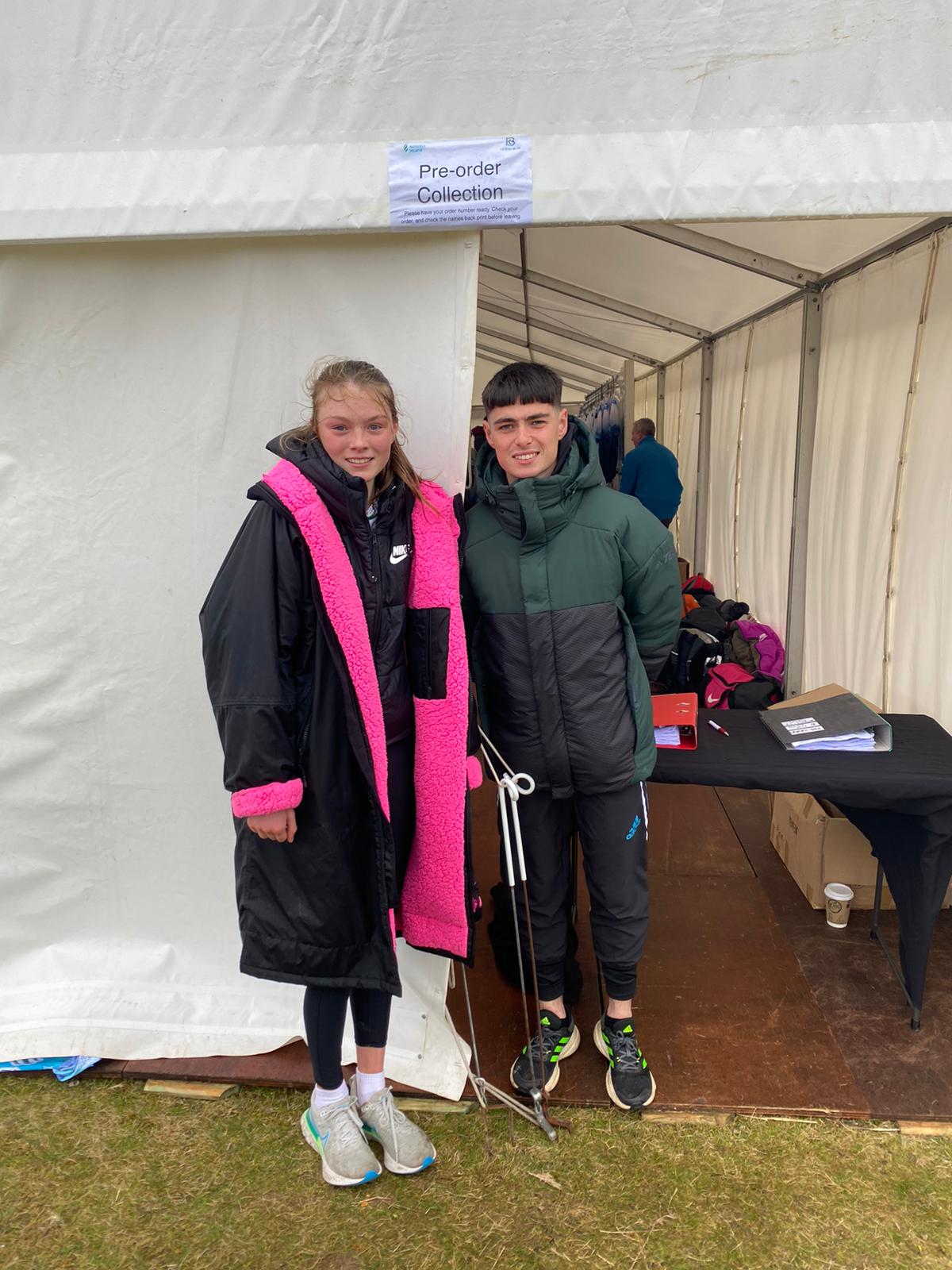 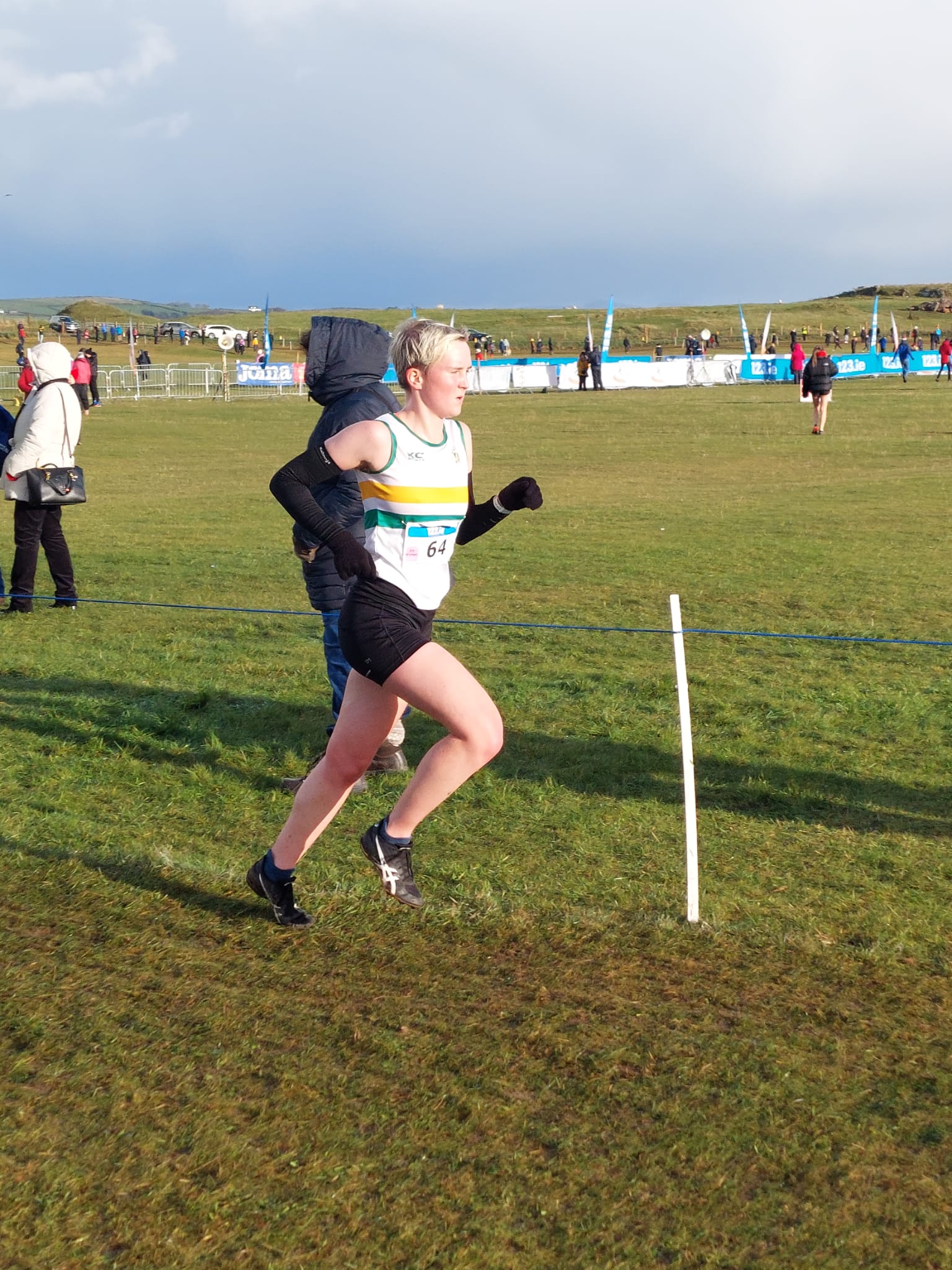 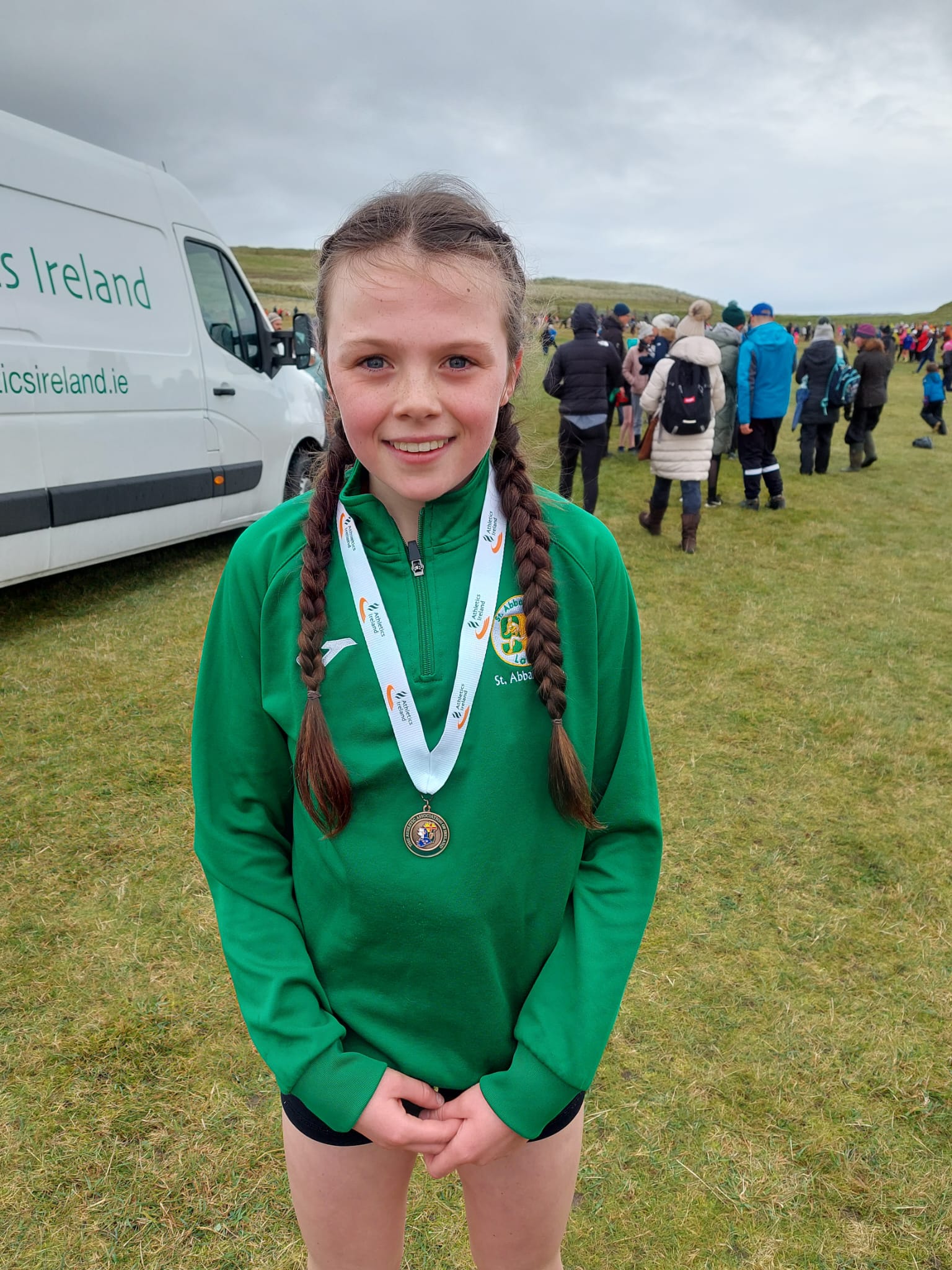 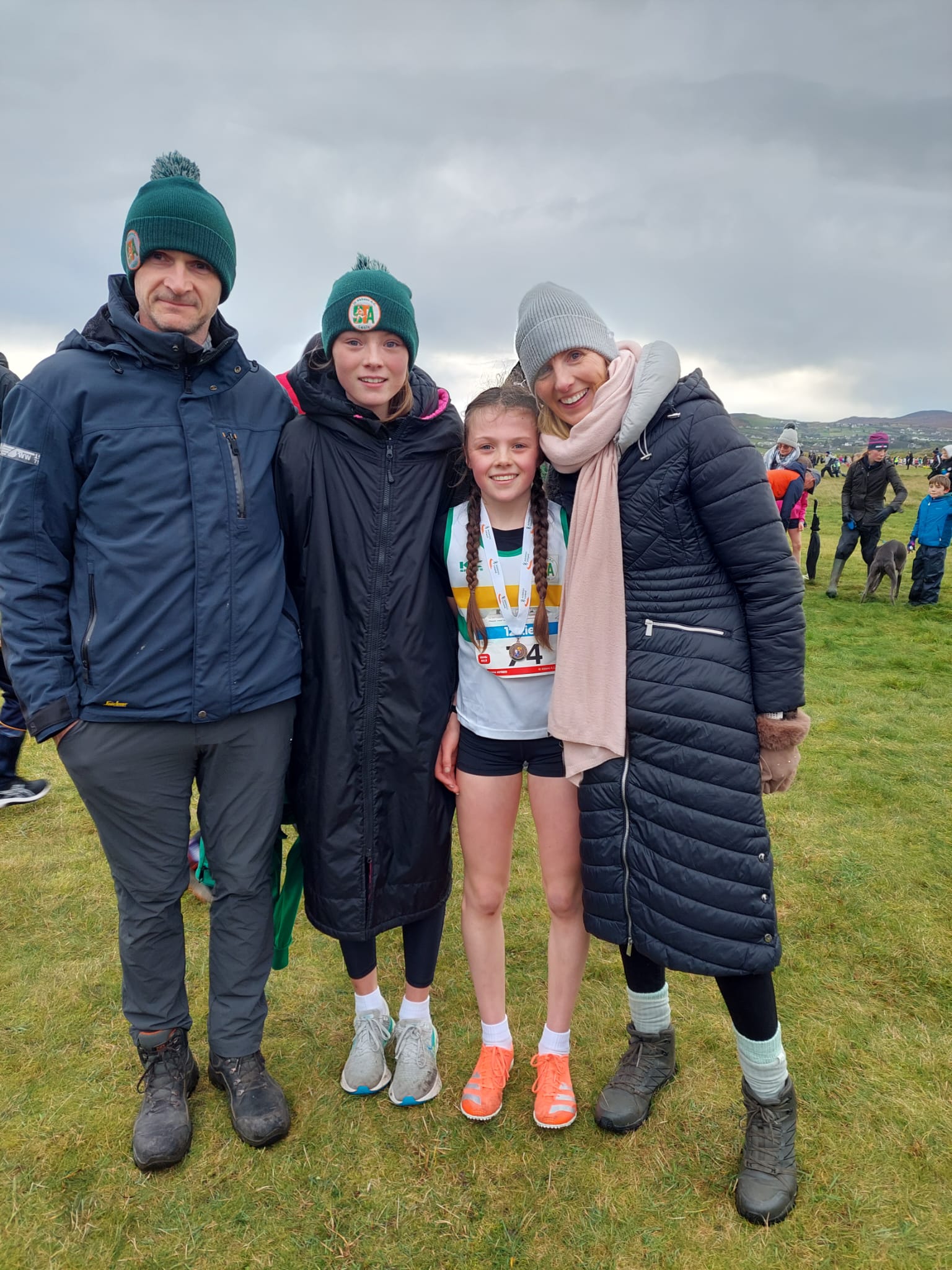 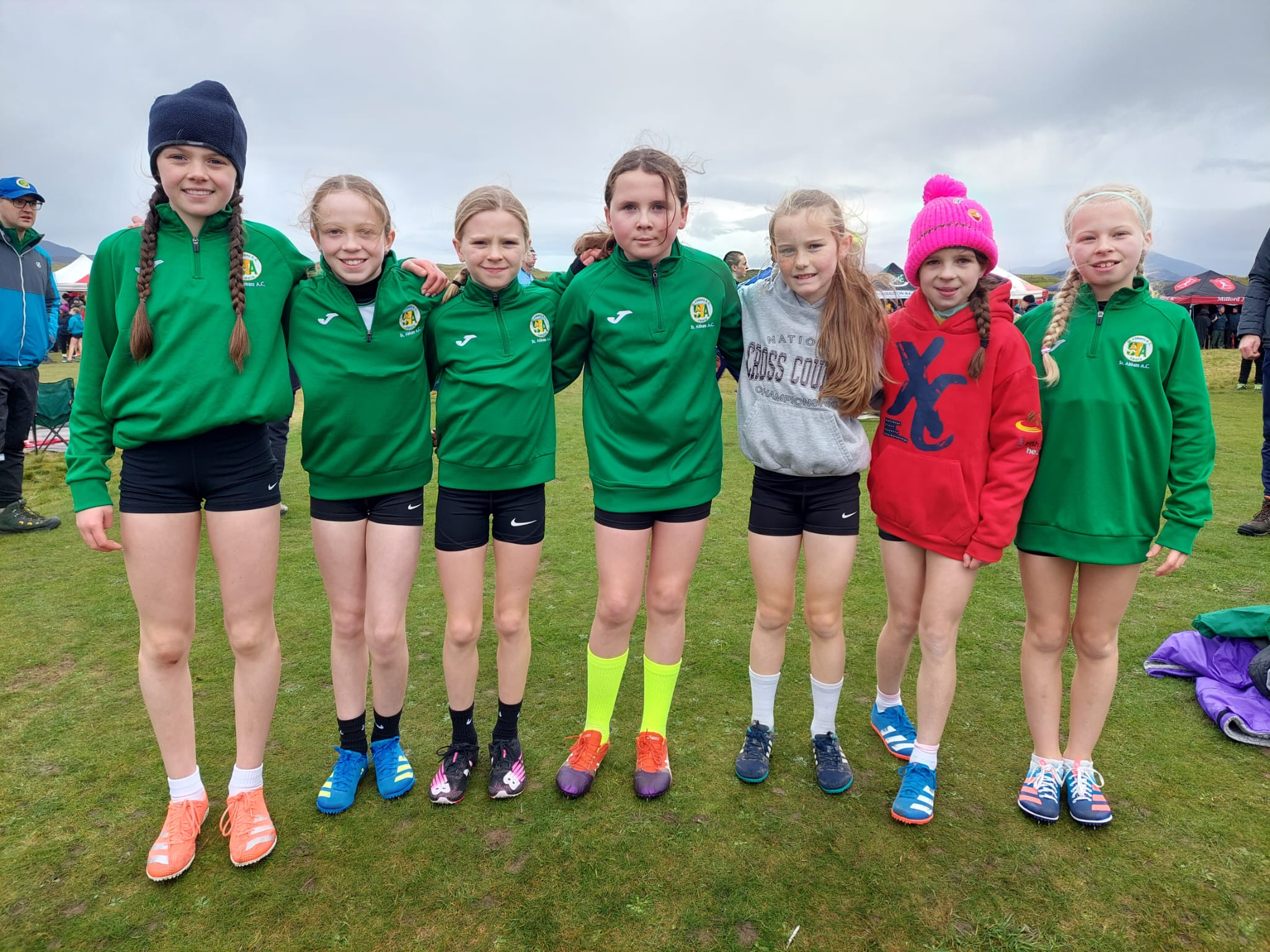 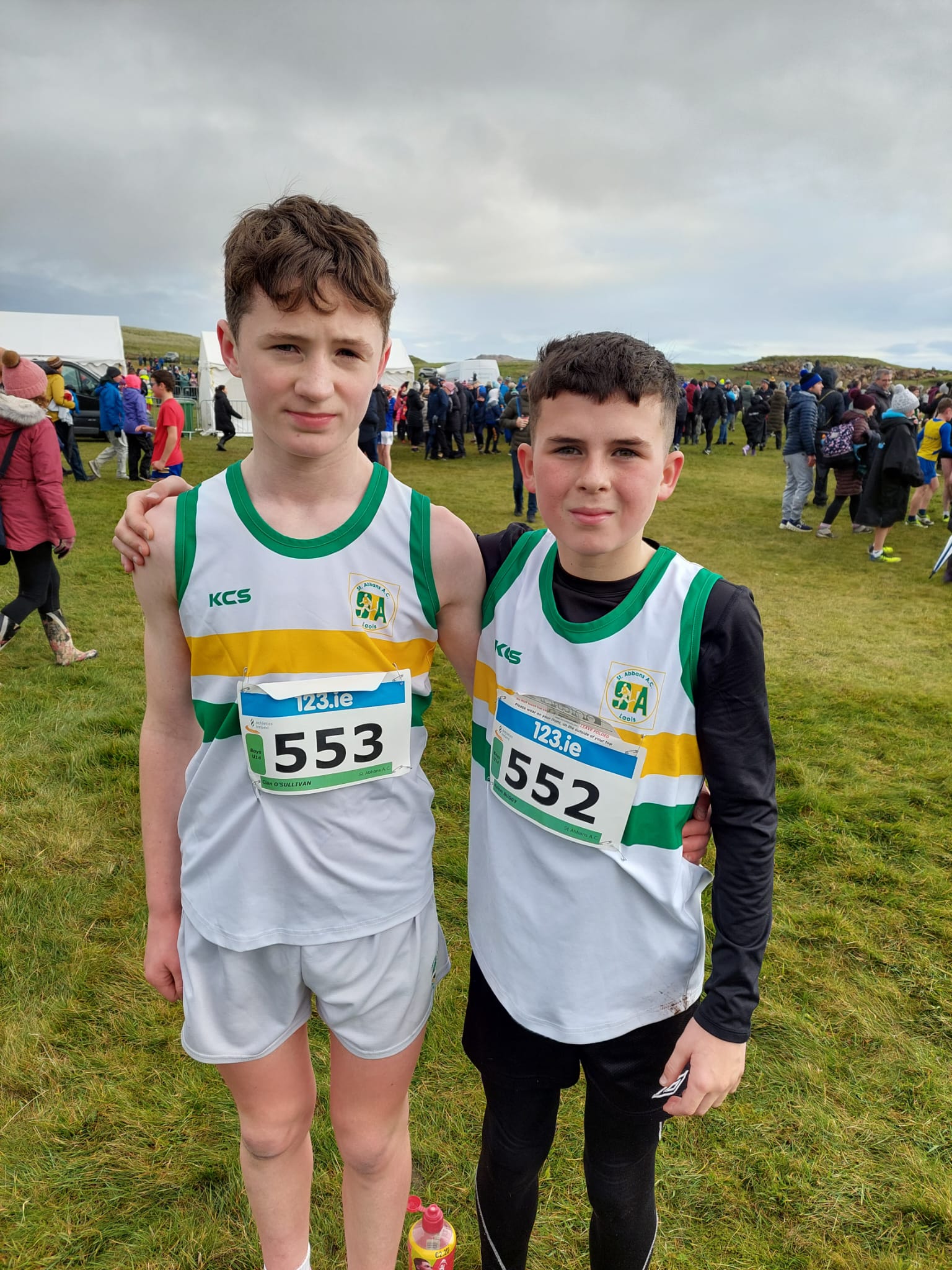 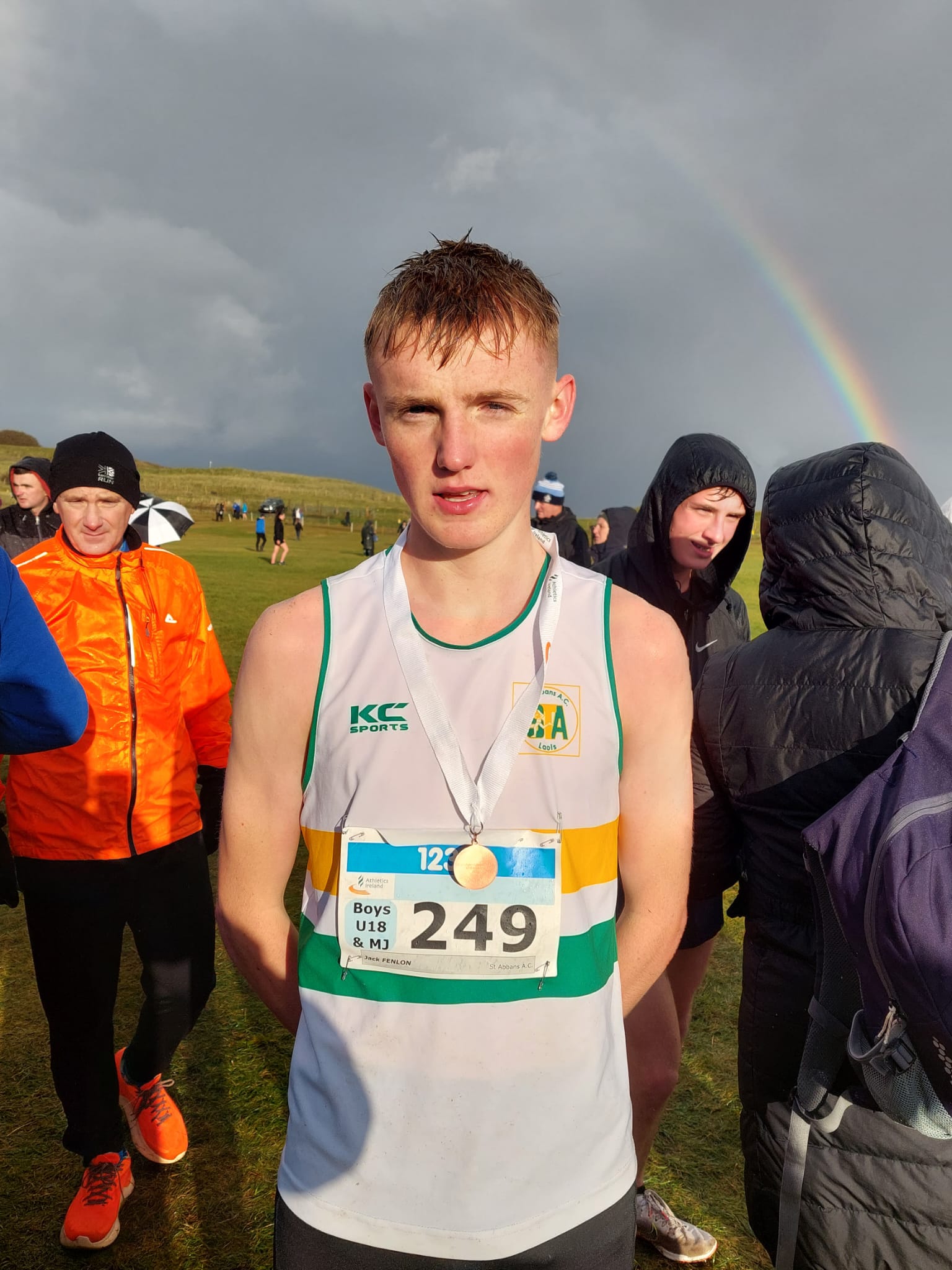 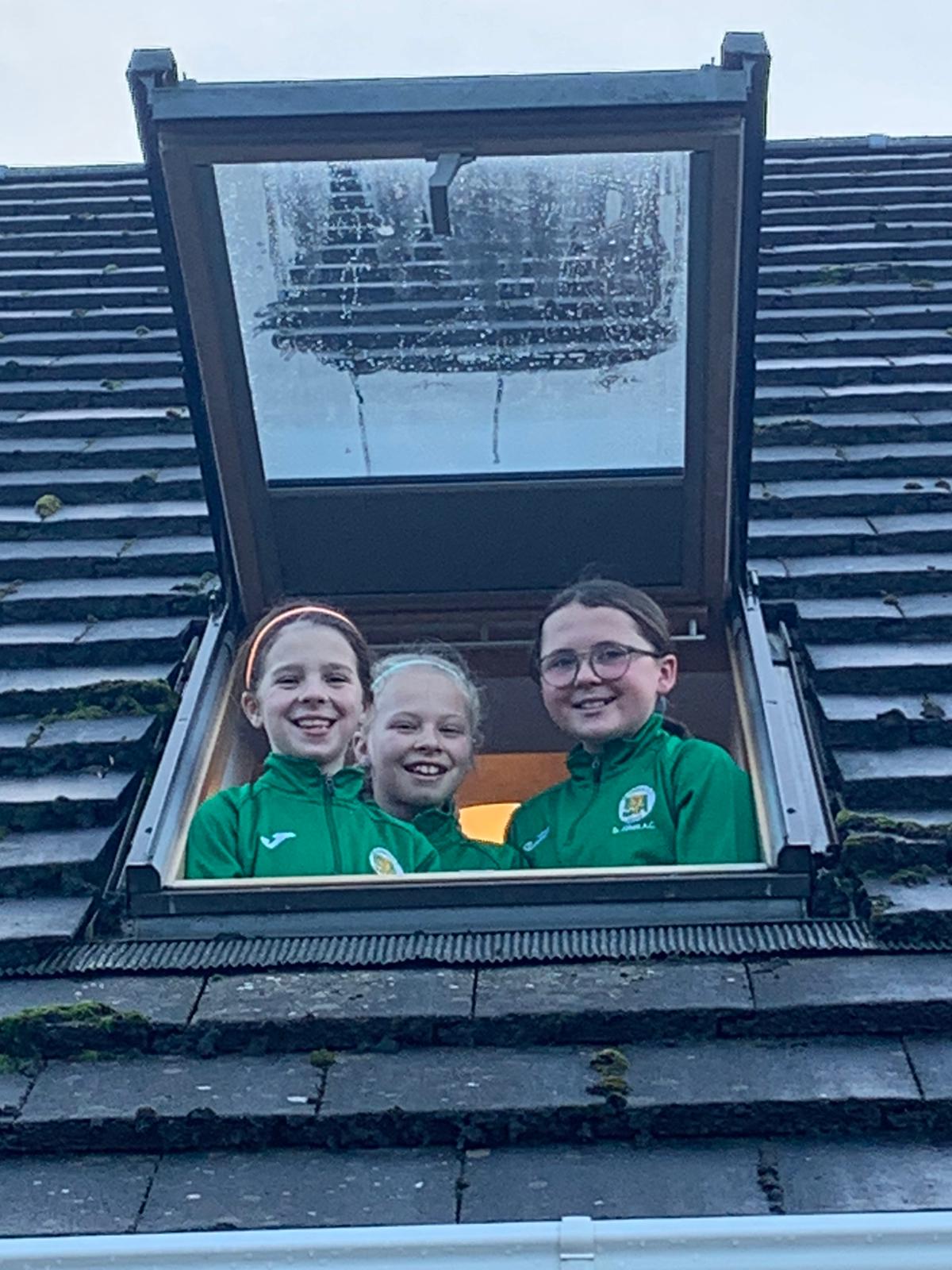 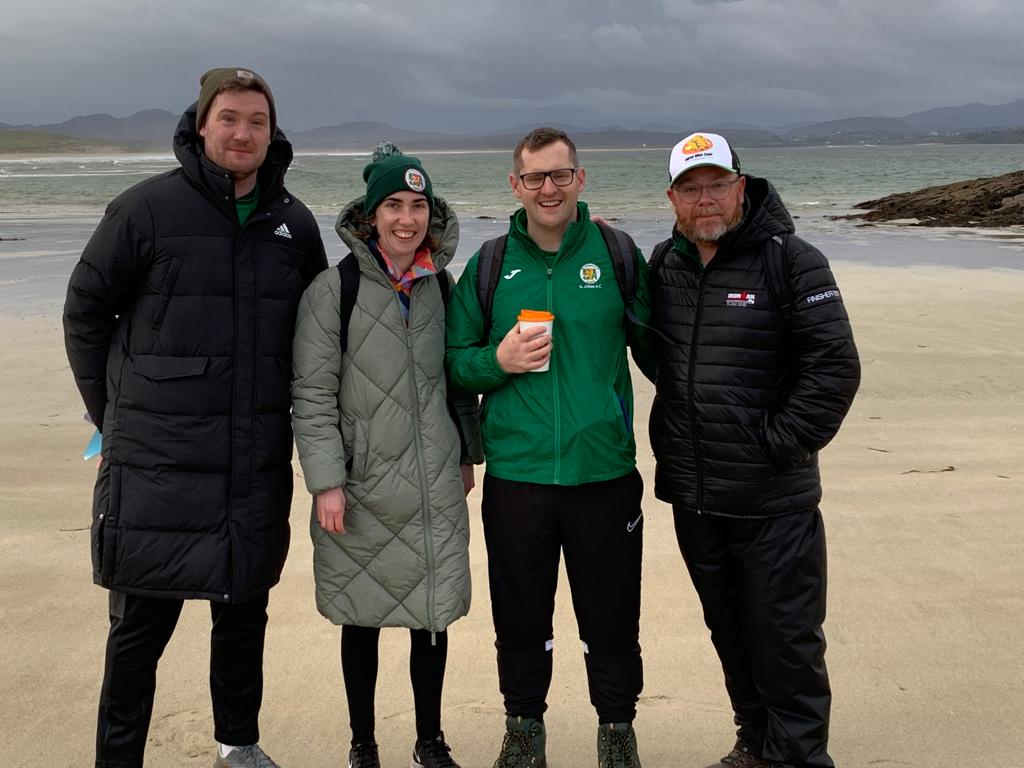 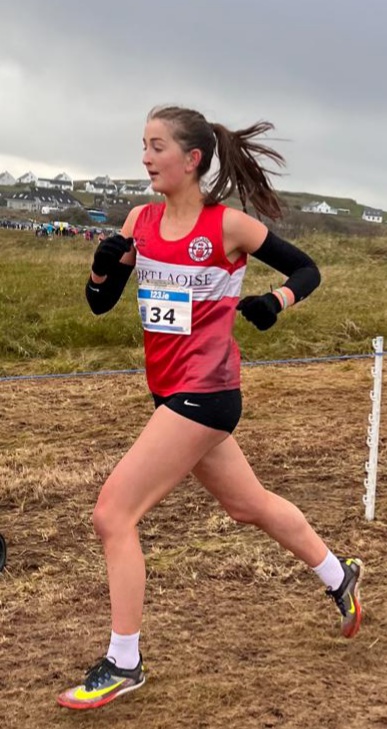 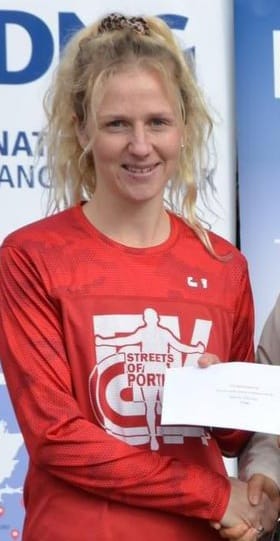