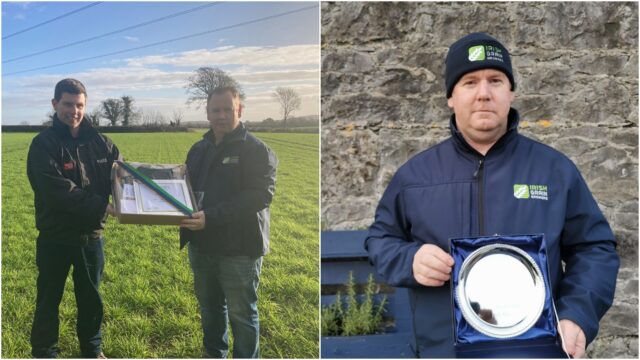 The new season of the popular farming show Eco Eye is set to resume on RTE this evening – and a Laois man is to feature.

Vicarstown native Bobby Miller will be interviewed as part of tonight’s opening episode.

Bobby, who farms at Rathmore near Stradbally, is known across the country as chairman of the Irish Grain Growers Group.

Bobby Miller farms a combination of owned and rented land at Rathmore near Stradbally and crops grown on the farm include winter oilseed rape, winter barley, gluten free oats and spring malting barley, all as part of a five-year rotation.

Tonight’s episode is all about food production and Bobby will be looking at that from the farmer’s perspective.

A spokesperson for Eco Eye said: “The world’s population is now at 8 billion people, agriculture is running out of room to expand, climate change is eroding crop yields.

“Tonight Eco Eye takes on one of humankind’s greatest challenges – how can we produce more food, on less land to feed our growing populations?

“The 21st season of Eco Eye explores the critical environmental issues facing Ireland and some some solutions on the more controversial side of environmental debates.

“This season reflects the latest science from a wide range of environmental topics of huge interest and concern to the public, from Ireland’s disappearing wildlife, gene editing food crops, and even discussing whether Ireland should go nuclear.

“Filmed all across the country, this season reveals the challenges and opportunities of building a low-carbon society.”

You can watch Bobby’s appearance on RTE One at 8pm tonight.

SEE ALSO – Sadness in Ballacolla following passing of mother and wife who was ‘beautiful, kind person’