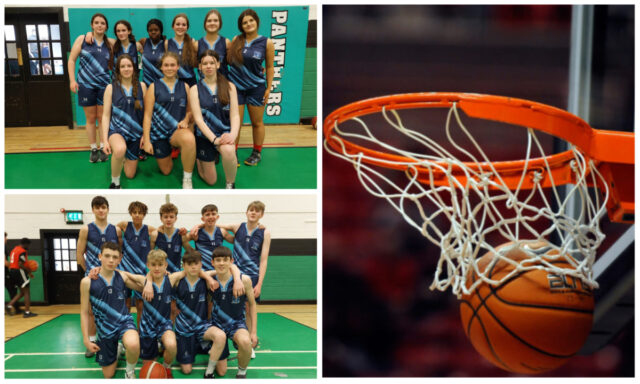 A Laois secondary school are gearing up to take part in two Leinster U-16 basketball finals on Friday.

Dunamase College U-16 boys had an exciting win over Swords CC on Monday January 16.

The game was played in Portlaoise and was a thrilling match from the start. The opposition took the lead early on, and Dunamase College knew they would have to battle hard.

Until the fourth quarter, Swords were ahead, but Dunamase College never gave up. At the end of the match, the score was 59 all, and the game went into three minutes overtime.

Fionn Stack, scored four points, to lead his team to a win, the final score 63-59.

Not to be outdone, the girls U-16 team took on St Tiernan’s Community School, Balally, Dublin on Tuesday January 17 in a very exciting Leinster semi-final. It was an extremely tough match, against worthy opponents.

When the final whistle blew, the score was 37-25 to Dunamase College.

Principal Ms Dympna Kelly said: “I would like to acknowledge the great achievement of both teams so far this year.

“The school community is extremely proud and looking forward to the final on Friday.

“Thank you again to Fingleton White for sponsoring the new team kits.”