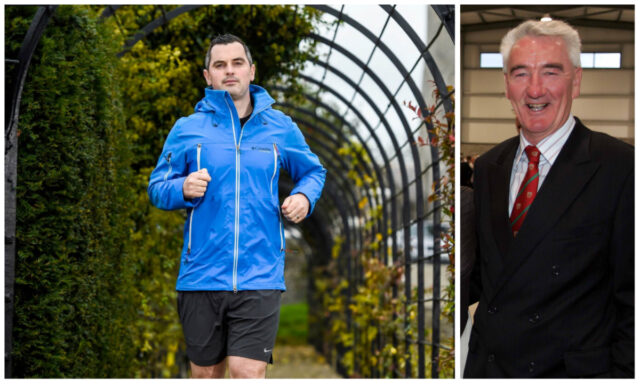 Operation Transformation mania continues to sweep Laois and attention will turn to Park-Ratheniska this week.

Every episode of the hit show features an ‘ad-break hero’ and the latest one is James Deegan.

A former County Councillor for Fine Gael in Laois, James is extremely well known across the county.

He served as a Councillor for 21 years – stepping down from the role before the 2014 election.

Park Ratheniska announced the news on their Facebook page.

They said: “We’re delighted to be hosting Operation Transformation and the Ad Break Challenge this Friday night with local hero James Deegan.

“James has dedicated a huge part of his life to Public Service and through his work in his Carrigmeal Woods he continues to do so to this day.

“The Woods are an incredible amenity in the heart of our community.

“There’s been great turn outs around Laois so far for Karl and his team and we look forward to the Park-Ratheniska community turning out for James on Friday from 7-8pm.”

Filming starts at 7pm though you’re advised to be there in good time.

James will be the fourth Laois person to have their story told on the Operation Transformation show.

Episode one featured Stradbally businesswoman Ann Simpson who explained her love of exercise.

Paddy McLoughin of Vicarstown was the hero in episode two, Treacy Percy from Portlaoise was in episode three while tonight’s episode feature’s Kilcavan’s Niamh McEvoy.