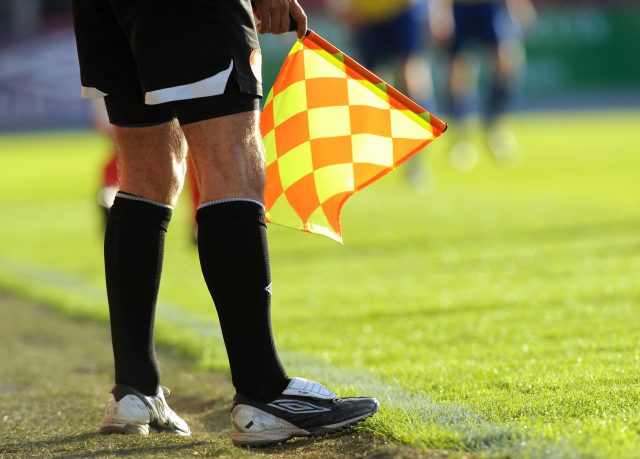 St James’ Gate were the big winners as Portlaoise AFC played out a goalless draw with Inchicore in Rossleighan Park tonight.

Both sides began the night deadlocked at the top of Division 1B on 29 points each with Portlaoise in second spot on goal difference.

While this result keeps Portlaoise in that position, they are now just one point ahead of St James’ Gate who have three games in hand.

It was the home side who went close first when Paul Cahillane’s inviting cross was just headed over by right back Oisin Fitzpatrick.

Inchicore were playing very direct football, going from back to front as quickly as possible and it almost paid dividends after 13 minutes when Stephen Kich found space in the Portlaoise box but keeper Mateusz Cwienk was equal to his effort.

Portlaoise enjoyed a purple patch around the half hour mark with the clearest chance in that period falling to Jason Murphy but Patrick Reilly produced a stunning save to deny him at point blank range.

Craig Walsh went close for the visitors before the break but the scoreline remained 0-0 as the sides headed for the dressing room at half time.

Portlaoise kept pushing for the breakthrough on the resumption of play with Paul Cahillane and Jason Murphy combining on two occasions on for keeper Reilly to make two more flying saves.

Portlaoise then worked a short corner in the 75th minute and Cahillane found some space on the edge of the box but his shot, which was headed for the bottom corner, was blocked by Inchicore centre back Gareth Byrne.

In a frantic final minute, both sides had chances to win the game. Portlaoise were denied what looked a certain penalty after Jason Murphy latched onto a wonderful James Mullaney pass but was hauled to the ground just as he was about the pull the trigger.

As Portlaoise protested, Inchicore went down the other end and Michael Murphy fired just wide of Mateusz Cwienk’s post and there was time for no more.

Inchicore remain top with Portlaoise in second but it was another Dublin side, St Jame’s Gate, who didn’t even play, that were the big winners.