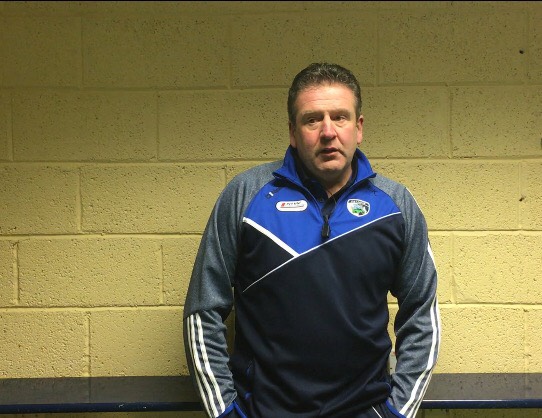 Laois manager Eamonn Kelly was delighted with his side’s win over Offaly in the Allianz Hurling League Division 1B game on Saturday night.

They were 1-26 to 1-20 winners over Offaly in O’Moore Park and he spoke to LaoisToday after the game and was happy that his side put the disappointing opening round loss to Kerry behind them.

“It was good to turn around six days after being beaten by Kerry,” he said. “When we started out we tried to get two wins out of this (the first two games) but we’re happy enough this evening.”

Kelly praised his side for not panicking after Offaly raced into a 1-2 to 0-0 lead after just four minutes.

“What we have is a very honest bunch of guys,” he added. “They’re a young panel. They’re really honest committed fellas. They were more disappointed with the result (last week) than anyone.

“We spoke about when Kerry came at us last week we never responded but we said whatever happened this week, if Offaly got a good start we had to respond.

“I was delighted we clawed back the 1-2 and really got into the game.”

And while Laois had begun to open up a lead, Sean Gardiner’s sending off was a key moment.

“It was a very competitive game. It was nearly a pity to have that sending off. It’s always difficult. The 14 will always hurl with freedom and the 15 will drop a percentage each. It was very competitive up to that.

“Probably a bit concerned giving away 1-20. We dropped off a bit in the final ten minutes of the game but we’re happy enough with the 1-26.

“There was a great buzz in the crowd until that happened and it was probably over as a contest after that.

“Our forwards are very sharp and our inside backline closed down very well. I think we’ve six very good forwards and the two lads coming on have a lot to offer too.”