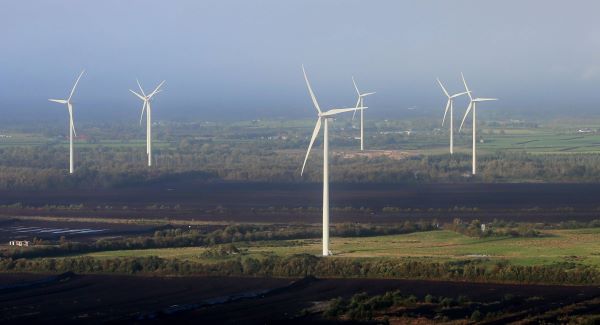 Fianna Fáil TD for Laois Sean Fleming says he has serious concerns after obtaining new information which shows that the publication of the revised wind energy guidelines has been delayed indefinitely.The current Wind Energy Development Guidelines were published in 2006 and offer advice to planning authorities on the planning for wind turbines.Deputy Fleming said, “There are serious issues with the current wind energy guidelines. They simply do not take on board many concerns that local communities have regarding proposals that have been put forward to build wind farms in their localities. The Government promised new guidelines to address these issues but no timeline has been given for their publication.“I raised this issue with Minister for Planning Simon Coveney and the reply I received is alarming. The Minister has not said when he will publish the guidelines. Worryingly, he stated that a Strategic Environmental Assessment will have to be undertaken prior to the publication of the new guidelines following a decision of the European Court of Justice.“This nationwide Strategic Environmental Assessment that has to be undertaken is a colossal task which may take two years or more to complete. It will be even longer before the new wind energy guidelines are published.“This is a serious situation as the delay in publishing the new guidelines means we are stuck with the old ones for the foreseeable future. Wind farm development proposals will continue to be considered under guidelines which are obsolete and are no longer fit for purpose, especially in view of the height of some of the new turbines which was never contemplated by the original 2006 guidelines.“We cannot continue to have situations where windfarms are built in close proximity to people’s homes, schools and community centers. Local concerns need to be taken on board when deciding on wind farm planning applications.“The public and Members of the Government have lost confidence in the 2006 guidelines. This resulted in an agreement to replace them. Minister Coveney had to be aware for some time that this was coming down the tracks. It’s shameful that the Minister for Planning is presiding over guidelines in which he himself no longer has confidence in. There should be a moratorium on all planning decision on wind farms until this is sorted out.”