BARE in the Woods 2017 has announced more block rockin’ beats for this summer’s rapidly expanding festival at Garryhinch Woods in Portarlington.

Kiesza’s hit ‘Hideaway’ has clocked up an impressive 350 million views on YouTube, while the Dance Arena line up has also been revealed with acts of the calibre of Dan Shake, Cinema, Damiano Von Eckert, Phare, Mr Beatnik and Josh McGowan leading the way.

With a limited amount of Tier Two tickets still on sale, BARE in the Woods is bolstered by a fantastic Irish bill that has been programmed with the help of a new partnership with Mobstar.

BARE in the Woods’ bespoke woodland site features a party island on a lake, chill out spots hidden amongst the trees and a full sized Crannog hosting the Spoken Word Stage. 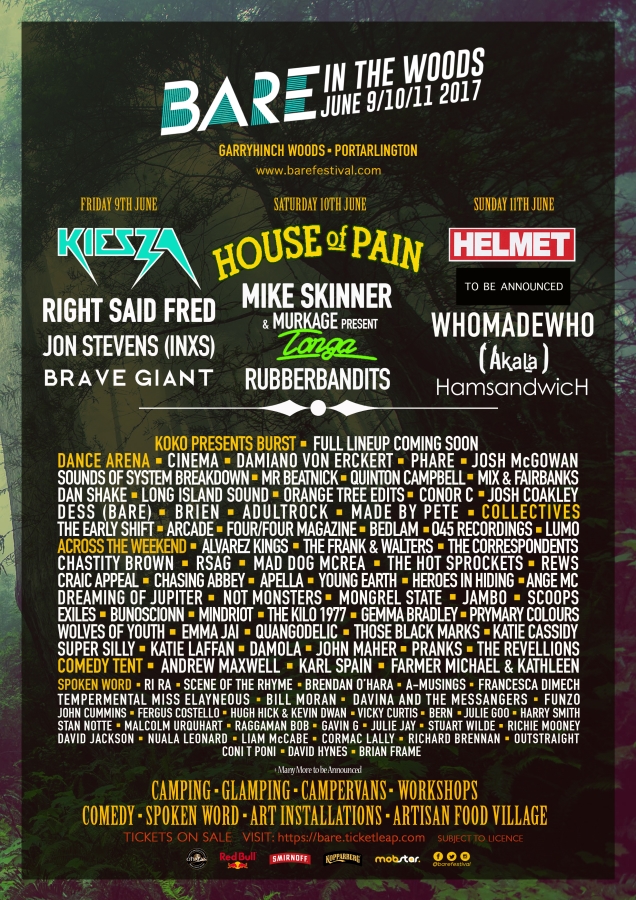 Further announcements for BARE in the Woods 2017 are due very soon and the festival is set to take place from June 9 to 11.