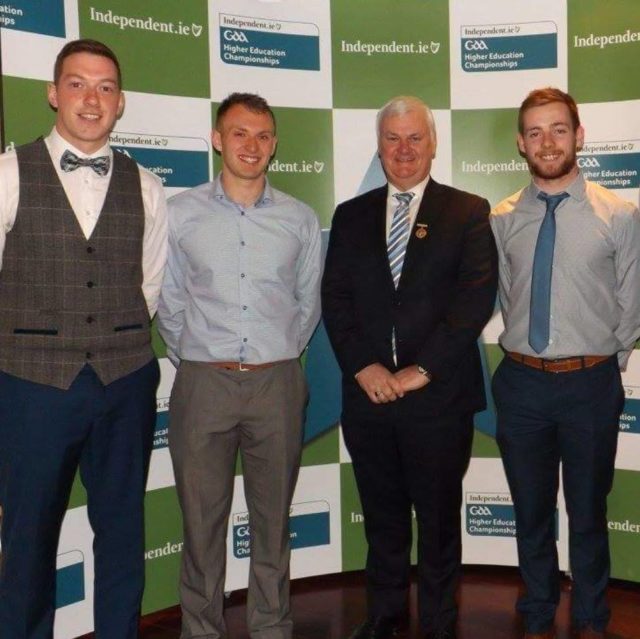 Three Laois hurlers were named on the the 2017 Fitzgibbon Cup Rising Stars team and were honoured at an official GAA function on Tuesday night.

Camross’s Dwane Palmer, Clough-Ballacolla’s Stephen Maher and Abbeyleix’s Enda Rowland were all on the IT Carlow team that reached the Fitzgibbon Cup final for the first time ever. Carlow were honoured with four members of the All Star team with Meath full-back Damien Healy joining the Laois trio.

Winners Mary I led the way with seven representatives. Among the winners were Tipperary senior hurlers Ronan Maher (Mary I) and Michael Breen (UCC).