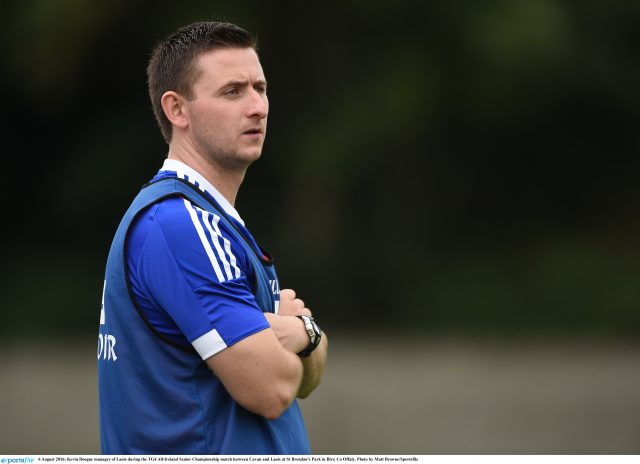 Laois Ladies manager Kevin Doogue says his side are determined to end their losing streak against Westmeath – which now extends to three games.

The O’Moores face the Westmeath ladies in the National Football League Division 2 semi-final in Birr on Sunday.

Doogue’s charges enjoyed a good National League campaign culminating in a top four finish but he is hoping they put behind them an earlier defeat to Westmeath and get the better of them this time.

He said: “They’ve beaten us three times now. They beat us in the league last year by 16 points and then in the championship by three.

“Then they beat us by two points in Stradbally during the league this year. So we’re closing the gap but the last one was a real kick in the teeth.

“We should have been fresher than they were but we gave them too much of a head start.

“But it won’t happen Sunday. We will control the game at the start and then go from there.”

Doogue is reporting a squad with a clean bill of health in the main – but he has one injury concern.

He said: “All is good actually. We haven’t had any serious injuries since the last league game a few weeks ago.

“I have a little doubt over Noirin Kirwan, she didn’t trainproperly last week. But other than that, we should be at full strength.”

Looking ahead to Sunday afternoon, Doogue is very wary of Westmeath’s forward line which he says could do some damage if they are given the space to play.

With just the winner of the Division 2 final gaining promotion to Division 1 for next year, Doogue’s side will have to bring their A game from the start.

He said: “They have four good, quick forwards and we will have to get our man marking jobs done right.

“To get to a final would be huge progress for this group. It is only one team who will be promoted at the end of the day so we want to get into the final to give ourselves the chance.

“We want to be in Division 1 because you are playing top teams every week and that is where we want to be.”