Laois GAA have relaunched the Club Laois Supporters Club and they promise that it will be better than ever.

Costing €30 for the year, there are a number of incentives for GAA people in Laois to sign up. 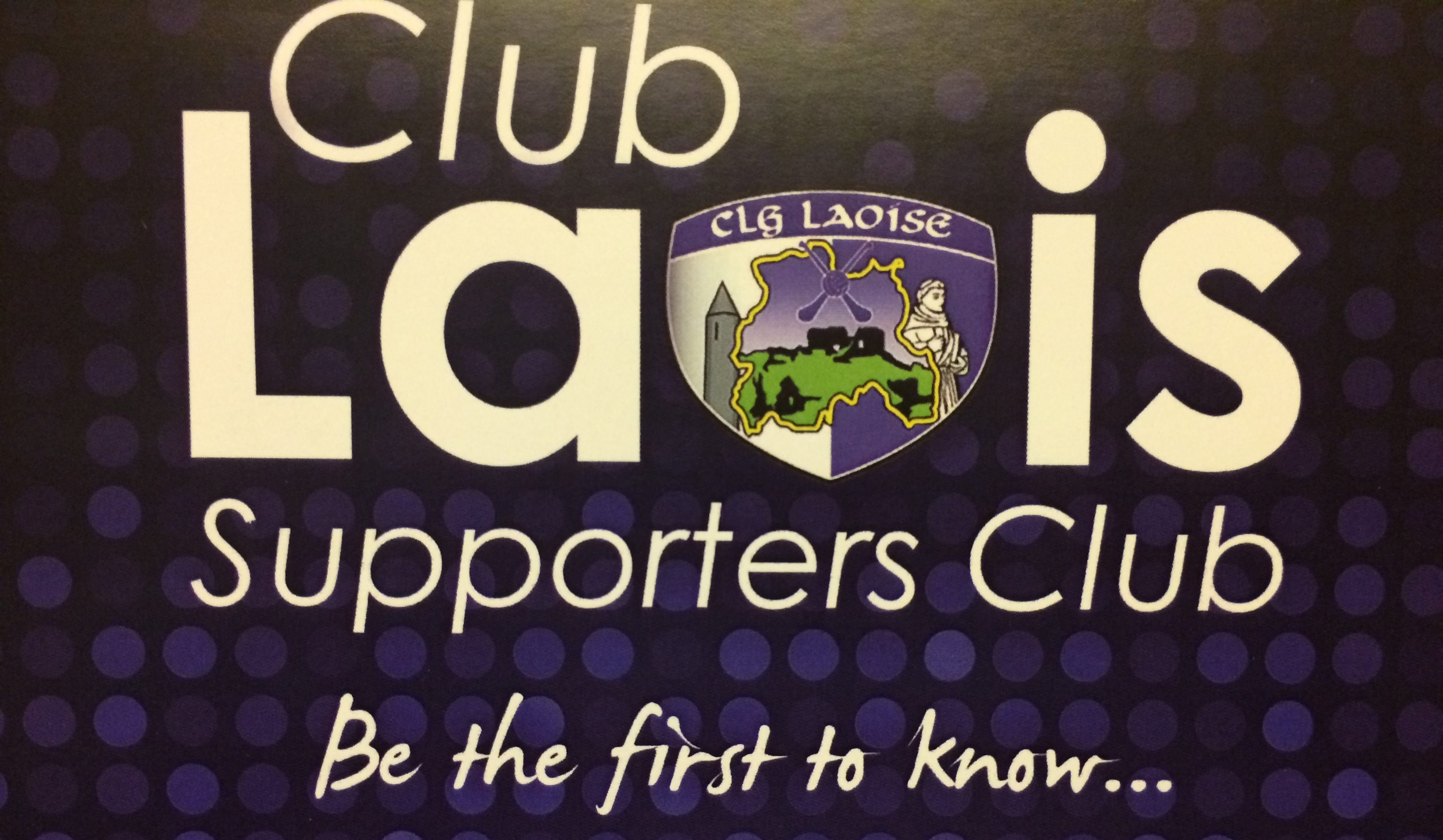 Members will all be issued with an Official Membership Card which will grant them a discount when shopping in a number of stores that have signed up as partners.

Speaking at the relaunch last night, Laois GAA PRO Tom Cleere spoke about the other benefits for supporters.

He said: “Club Laois went down a small bit over the last number of years and I just think that it needed to be drove on again.

“The tagline we have for it is ‘Be the first to know…’. So the idea of that is that anyone who becomes a Club Laois member, you will be the first people to know what is going on in the county.

“You will get team announcements before they have been made available to the media. That goes for senior, minor and U-21 teams.

“There is a number of benefits then. First of all you will be issued with a membership card.

“There is a substantial list of all the companies who have kindly come on board to help us out and there is scope for more businesses to get involved.

“There will also be weekly draws for free admission to club championship games. So what we will do is every Monday, we will do an open draw with all our members and one person will get a free pass.

“Then when it comes to county finals, we will do the same draw but will give the winners six free tickets to the finals.

“Our aim is to get 500 members signed up for the year. That is the target for us.

“All the money that is raised from this will go in the Centre of Excellence. We are looking to build dressing rooms and things like that so it will benefit that.”

Tipperary native Kelly believes that it shouldn’t be difficult to get 500 members.

He said: “I think this is a fantastic initiative and Tom has set a very low target.

“I think it works out roughly ten per club and there is no reason whatsoever that it cannot be reached.

“I think people should embrace it and want to go with it. In my own county in Tipperary, you get the car sticker and the team updates and it makes you feel part of it all.”

Peter Creedon said: “The training facilities we have are top notch. We don’t want for anything and I thank the county board for that.

“So from our point of view, we will do everything to bring success to Laois and give the supporters something that they can be proud of.”