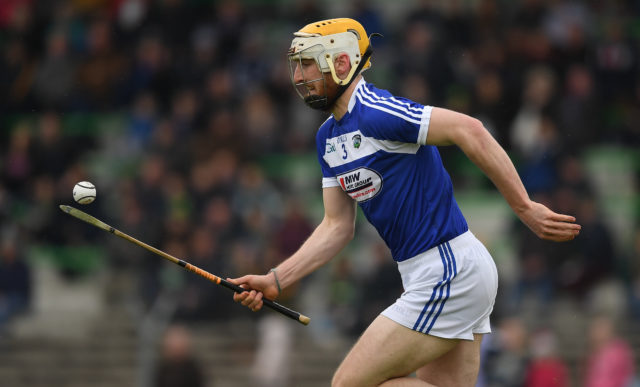 The Laois U-21 hurlers suffered extra-time heartache against Westmeath this evening in the opening round of the Leinster championship in TEG Cusack Park.

And with a pep in their step, Westmeath pushed on in the extra 20 minutes to set up a semi-final meeting with Kilkenny.

Coming just three days after the Laois senior hurlers were beaten by Wexford – and fielding eight of that side – the loss was a crushing blow.

Shane Corby’s side played against the breeze in the opening half but always seemed to have that bit extra.

A Sean Downey point got Laois off the mark early on and although Michael Daly responded to tie things up straight away, Laois got the next three points. Mark Kavanagh got all three of them (two frees) to have Laois 0-4 to 0-1 up after ten minutes.

Killian Doyle cut the gap with a nice point from play but Kavanagh hit back with another free before Ciaran Doyle and Aidan Corby swapped scores to leave Laois 0-6 to 0-3 up by the 20-minute mark. Brian Corby and Killian Doyle then traded points before John Lennon and Aaron Dunphy pointed from play to leave Laois leading 0-9 to 0-4 at the break.

Four points – all from frees – from Killian Doyle in the opening seven minutes of the second half narrowed the gap but Mark Kavanagh was up for the challenge of matching Doyle in the scoring stakes. He hit four in a row to settle Laois and although Doyle pulled one back for Westmeath, Mark Dowling and Brian Corby gave Laois a small bit of breathing space.

Kavanagh was forced off with injury with 13 minutes to play and Westmeath fought back bravely in his absence.

Shane Clavin and another Doyle free reduced it to four points and a Ciaran Doyle goal, as the game entered injury time, had the deficit back to one and a dramatic. Sub Darragh Clinton then popped up with the equaliser and force the game went to extra time.

With the momentum behind them, Westmeath dominated the opening half of extra time. Two monstrous points from the outstanding Killian Doyle put Westmeath into the lead for the first time and James Goonery (two) and Ciaran Doyle also pointed to stretch Westmeath’s lead. Aidan Corby responded for Laois and two Aaron Dunphy frees late in the half left two between the sides as they switched ends again, Westmeath 1-18 Laois 0-19.

Another Aidan Corby point got Laois back to within a point but Daragh Clinton responded for Westmeath.

Brothers Aidan and Brian Corby twice got Laois to within a point but Darragh Clinton and Killian Doyle (free) responded both times and it was enough to secure Westmeath a memorable win.

Westmeath’s prize is now a semi-final clash with Kilkenny.