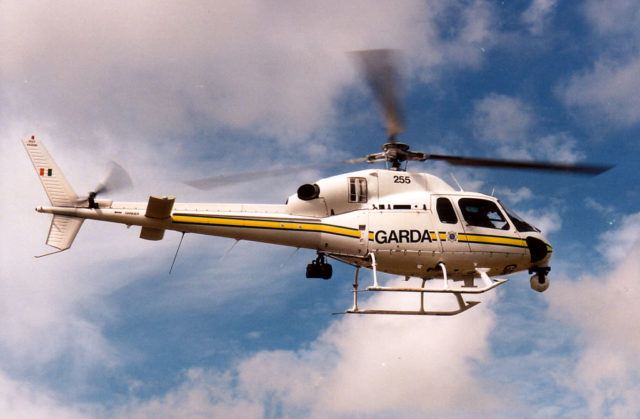 A man was arrested after a Garda chase involving a helicopter near Ballybrittas on Tuesday evening.

The incident occurred after a jeep was stolen from a house at Munny Cross near Timahoe. The owners alerted the Gardai and gave chase but the man (aged 27) abandoned the vehicle on the M7 near Ballybrittas and fled through the fields.

Two Garda cars and the air support unit were deployed with the helicopter hovering over the motorway and land near Jamestown and Ballyadden. Heat mapping was also used to help track down the man.

The search began at about 8pm and the man was arrested after searches at 1am. Locals described it as a big operation with the helicopter hovering very low.

“The Garda operation kicked in with air support RSU (Regional Support Unit) and detective units,” said a garda spokesperson. “(There was a) full search (and) excellent co-ordination.”

The man is due before District Court on July 27.

SEE ALSO – From Fisherstown to Errill, here’s where the Laois Walks Festival is going this week