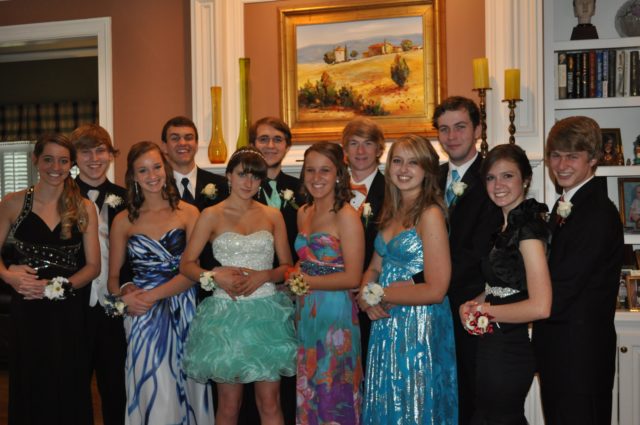 As Debs season is upon us in all its glory, LaoisToday thought it would be good to mention 15 different types of people you see at the Debs.

1. The person who shows up in a limo

The school says they are going to the Debs via bus every year. Yet every year someone shows up in a limo with tunes blaring and champagne on arrival. The sight is never complete without the other mother’s tutting about how much that would have cost and who do they think they are.

2. The group of girls who judge EVERYONE’S dress

The Top Square or school car park suddenly turns into catwalk for the first five minutes after arrivals. Competition is fierce, everyone knows that. But none more so than the girls who know everything there is about every Debs dress there is. This particular group of individuals are notoriously hard to please. Inexpensive dress? Not good enough for a Debs. Expensive dress? Okay, who does she think she is?! You really can’t win.

3. The lad who wears something a bit ‘out there’:

Sometimes the girls’ outfits aren’t the ones to watch, the lads’ are. Think canes, brightly-coloured suits and bow-ties for this one. 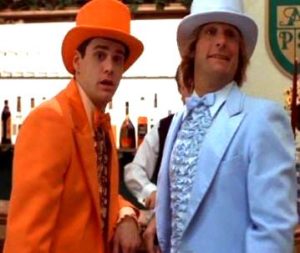 4. Minor footballer/hurler just back from training

You know the type. Just back from training, had 15 minutes to stick on a suit and get photos. Lucky if they’re not on a drinking ban for the Debs. Will get bombarded with questions from his date’s father and older teachers on how he thinks the county will go this year.

The lad invited the girl because she’s ‘unreal’. The girl accepted because it’s a chance to go to a Debs. This couple will usually be seen not really talking and trying to break down the barriers of getting to know family, awkward photos and learning second names when they actually do speak to each other.

6. The person who peaks too early

There’s always one person who gets VERY drunk before they’ve even arrived at the venue. Their poor date will be seen running getting water and praying for dinner to come early to sober them up, or to get away from them. 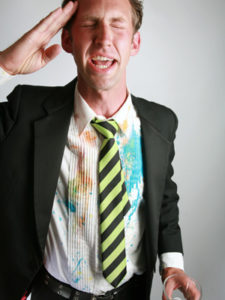 7. The girl who passes out early

Poor oul Marie, in hindsight strapping that naggin to your leg probably wasn’t the best idea. But onwards and upwards from here.

8. The person who KEEPS mentioning the Leaving Cert

9. The person who brings one date but gets with someone else

Possibly one of the most controversial situations of the night. You’d nearly need to have 10-page document of clearance to make sure you’re just going as friends and that it’s okay to get with someone else. Because if not that shit can get messy.

10. The long-term relationship being crowned King and Queen:

They’ve been together since TY and look to be together for the foreseeable future. God help the organising committee if only one of the pair get nominated for the prestigious award. 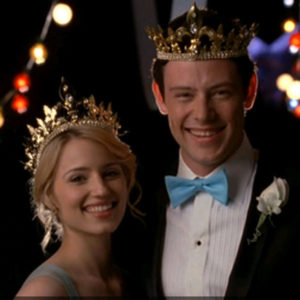 10. The lad who tries get with five girls on the night

We all know the ‘player’ who wants to wants to have one last shot of glory on the night before everyone the school breaks up. He, or she, will text three or four people before the debs, just to be safe. They usually end up scouring the event after these plans inevitably fall through.

11. The lad who tries to get with a teacher

This man or woman won’t be seen away from the dancefloor one minute of the night. Drenched in sweat and a tie around their heads, they’ll be having the time of their lives. 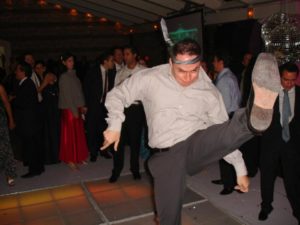 13. The couple that argue on every night out

We all know them. Their friends dread being on a night out with them because it always ends up being the most dramatic night out ever. You’ll agree with them that they’re way too good for their significant other only to see them making up by the end of the night or next day.

14. The girl that gets way too emotional

It might be due to drink, it might be due to someone who repeatedly mentions the Leaving Cert results reminding them that they didn’t get what they wanted. This poor soul will make the girls’ bathroom her haven for the night.

And finally, the spectators. The people who turn up to see the Debs couples arrive in all their finery. Armed with iPhones and cameras, the spectators are usually older sisters, younger sisters and mothers who, “just love seeing all the Debs dresses!” I am a proud spectator. 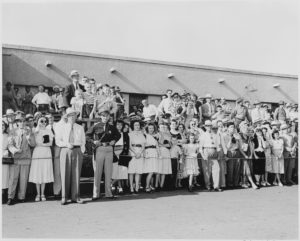