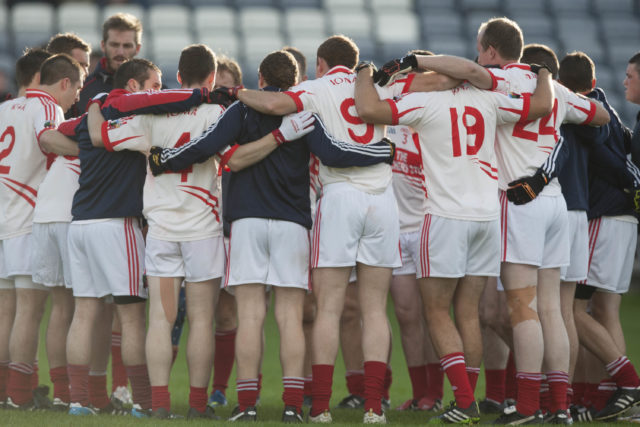 But did he mean it?

Nigel Murphy scored one of those goals that you often hear about but are never lucky enough to see with your own eyes for Emo against Annanough last week.

Some said it was an absolute screamer while others claimed that the wing back was actually going for a point.

However, now, thanks to the lads from Laois TV, you can take a look for yourself and make up your own mind.

Murphy picks up the ball around half way and blasts clear of Fergal Scully before shooting with the outside of his boot from around 25 yards out.

The ball whips through the air and flies into Seán Hennessy’s net. It was certainly the highlight of the 3-15 to 1-6 win.

But did he mean it? Have a look at let us know in the comments!