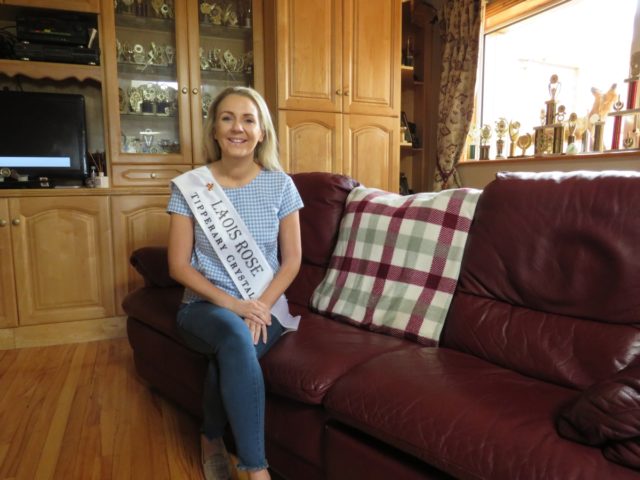 There was disappointment for Laois Rose Maeve Dunne in Tralee this morning as she learned that she won’t be one of the 32 girls to take to the stage in the Dome on Monday and Tuesday night for the live televised shows.

The Mountmellick girl is one of 64 taking part in this year’s International Rose of Tralee festival in Kerry and has represented Laois with distinction and style since being crowned the Laois winner last April. But only 32 can make it through to the live show in the Dome on Monday and Tuesday night.

While the judges decision was made at 5.30pm on Thursday, all of the girls were interviewed on stage by Marty Morrissey that evening. Those interviews lasted only one minute and weren’t part of the decision-making process.

Sixteen names were announced that night though the organisers were keen to point out that they were in no particular order and have no bearing on the running order which won’t be confirmed until Sunday.

The remaining 16 were announced this morning when the girls and their parents were brought into a room in the hotel and told whether they had made it through or not.

In total 18 of the final 32 are from overseas while 14 of them are from the Irish rose centres.

Maeve, who is the only child of Ger and Geraldine Dunne, studied Commerce in NUI Galway and also graduated from the prestigious Smurfit Business School in Dublin. A past student of Mountmellick CS, she spent a couple of years travelling and working in Australia and only returned home to Ireland in January of this year.

She won the Laois Rose competition in April of this year when she was sponsored by her family’s business, the well-known Emmet Stores in Mountmellick.