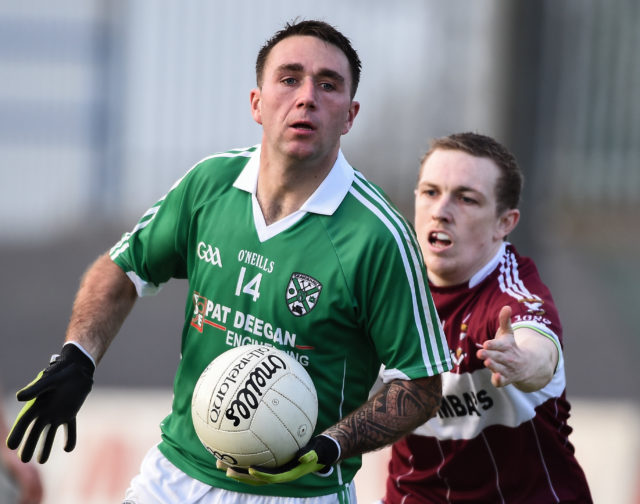 Stradbally have won their first championship match in 2017 and staved off the possibility of relegation in the process.

Martin Murphy’s men have endured a disaster of a championship year up to today as defeats to The Heath and Ballyfin Gaels ended their defence of the Jack Delaney Cup and sent them heading for the drop to Intermediate.

But they were always the better side in Ratheniska this afternoon and for the losers Kilcruise, their nightmare continues for another three weeks as they face into a relegation final against Mountmellick Gaels.

Kilcruise played with the breeze in the first half but it was Stradbally who enjoyed the best of the early exchanges with poor shooting preventing them from troubling the scoreboard.

Kevin Meaney did open the scoring in the sixth minute but almost 20 minutes would pass before his side would score again.

Stradbally went ahead through Eoin Buggie and Jody Dillon points but then had a major let off when Dermot Nolan found David Conway close to goal but his low shot just went wide of the post.

Stradbally made them pay for that miss as they went straight down the other end where Darren Maher’s ball set up a race between Benny Lawlor and keeper Ken Kealy which the forward won before popping the ball over his head and into the net.

Tom Shiel and Jamie Kavanagh added points before Stradbally had a second goal in the 23rd minute. Liam Knowles and Jack Deegan combined to put Jody Dillon through and he made no mistake.

However, Arles-Kilcruise dominated the closing stages of the half.

Ross Munnelly landed three points in a row before they were then awarded a penalty after Chris Conway was fouled as he was about to pull the trigger.

Munnelly sent keeper Wayne Comerford the wrong way from the resulting spot kick and they ended the half with a Chris Conway free to leave the score at 2-4 to 1-5 to Stradbally at half time.

Stradbally now had the wind at their backs as they turned for the second half and they began well with Tom Shiel and Jody Dillon frees.

Ross Munnelly replied for Kilcruise but Stradbally got the next four points via Dillon, Shiel, Colm Begley and Liam Knowles to go 2-10 to 1-6 ahead with twenty minutes to play.

Munnelly took his tally to 1-5 but Darren Maher and Colm Begley were on top in midfield and further Stradbally points followed from Jamie Kavanagh, Colm Kelly and Eoin Buggie.

Chris Conway and Podge Fitzpatrick traded points before Munnelly kicked another free and his side were then awarded a second penalty with three minutes to play when Kevin Meaney was impeded.

Munnelly once again stepped up to take it but this time Wayne Comerford guessed right and Stradbally ended the game with a brilliant Jody Dillon point to end their year.