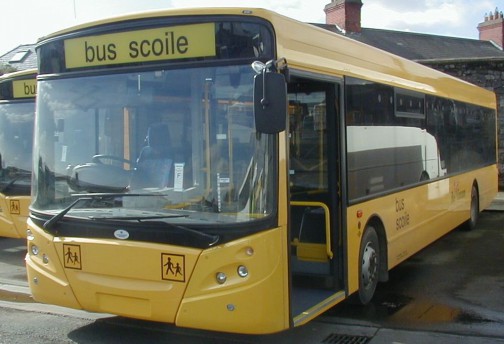 Concerns have been raised over “bad practice” which a local TD claims exists in the way School Transport Scheme runs school bus services.

The School Transport Scheme supports transport to and from school for primary and second level children who live some distance from their nearest school.

The scheme is operated by Bus Éireann on behalf of the Department of Education and Skills.

“I recently questioned the Minister for Education and Skills Richard Bruton regarding the level of oversight that his Department exercises over the operation of the School Transport Scheme,” Deputy Fleming said.

“I was astounded to learn that his Department currently has no service level agreement in place despite handing over €160m to Bus Éireann annually for the scheme.

“Service level agreements provide certainty that the Department is getting good value for money from Bus Éireann and that resources are being spent in an efficient manner which achieves the best outcome for those using the School Transport Scheme,” he said.

“It is extremely bad practice to not have a service level agreement in place with the accompanying oversight structures that go with it,” Deputy Fleming said.

“The current agreement that is in place dates from 1975 and the world has changed significantly since then,” he said.

“It’s appalling that the Department is relying on a 42 year old agreement.

“It’s no wonder that there are such difficulties in relation to school transport when you consider the Department and Bus Éireann are relying on antiquated arrangements and oversight practices,” Deputy Fleming said.

“We urgently need to see an exact timeline for the implementation of a new service level agreement.

“Minister Bruton also needs to clarify whether members of the public and people in the transport industry will have an input in relation to any new agreement between the Department and Bus Éireann.

“I believe they should have an input to ensure the highest quality arrangements are put in place for the transport of school children in the future,” concluded Deputy Fleming.