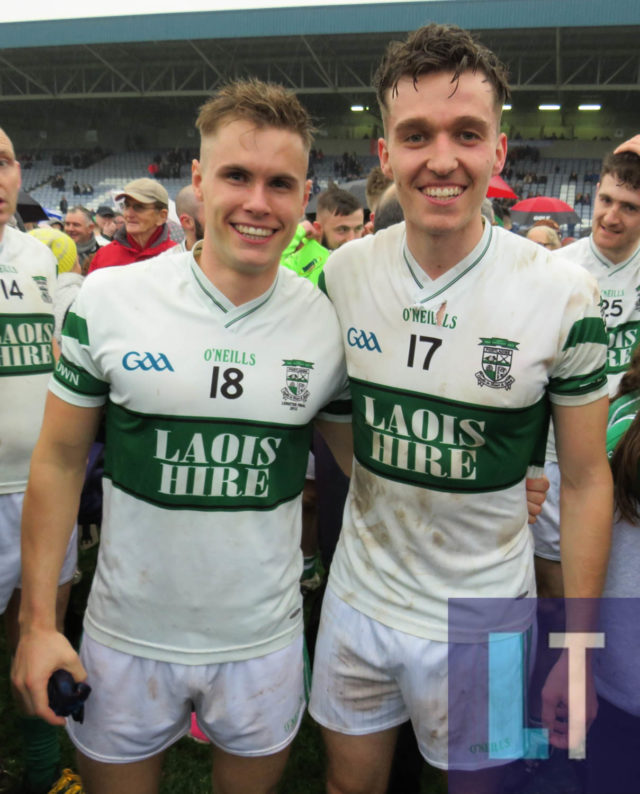 With all the various county championships coming to a conclusion around the province, Leinster club competitions in both hurling and football are beginning to take shape.

The Portlaoise footballers will make the short trip to Tullamore on Sunday, October 29 for the opening round of the Leinster championship against Offaly winners Rhode. They got the better of Clara in today’s Offaly final.

Should Portlaoise win that one they will be up against Kildare champions Moorefield in the quarter-final.

Portlaoise are on the same side as the Dublin champions – and should they win their first two games would come up against St Vincent’s or Ballymun Kickhams, who will meet in this year’s Dublin final. The Dublin winners will play Newtown Blues of Louth or Rathnew of Wicklow in the Leinster quarter-final.

The Meath, Wexford, Westmeath, Carlow and Longford champions are all on the other side of the Leinster draw.

The other side of the draw sees the Kilkenny winners meet the Wexford winners in the opening game with the Dublin champions awaiting in the semi-final.

Dicksboro and James Stephens will meet in the Kilkenny final following their respective wins today while the Wexford final is between St Martin’s and Oulart-the-Ballagh. The Dublin championship is down to the last four – with current All Ireland champions Cuala, Ballyboden-St Enda’s, St Vincent’s and Lucan Sarsfields still in the running.

In the Leinster junior championship, Trumera make the trip to Dublin to take on Erins Isle this Saturday.