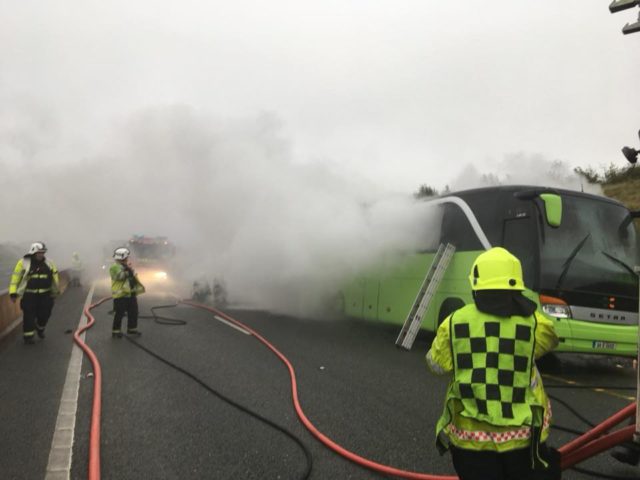 There were dramatic scenes earlier this afternoon when fire units from Laois were called to deal with a bus on fire on the M7 Motorway.

Units from Portlaoise and Mountrath received a call at approx 1PM today for a bus on fire on the M7 just before J19. 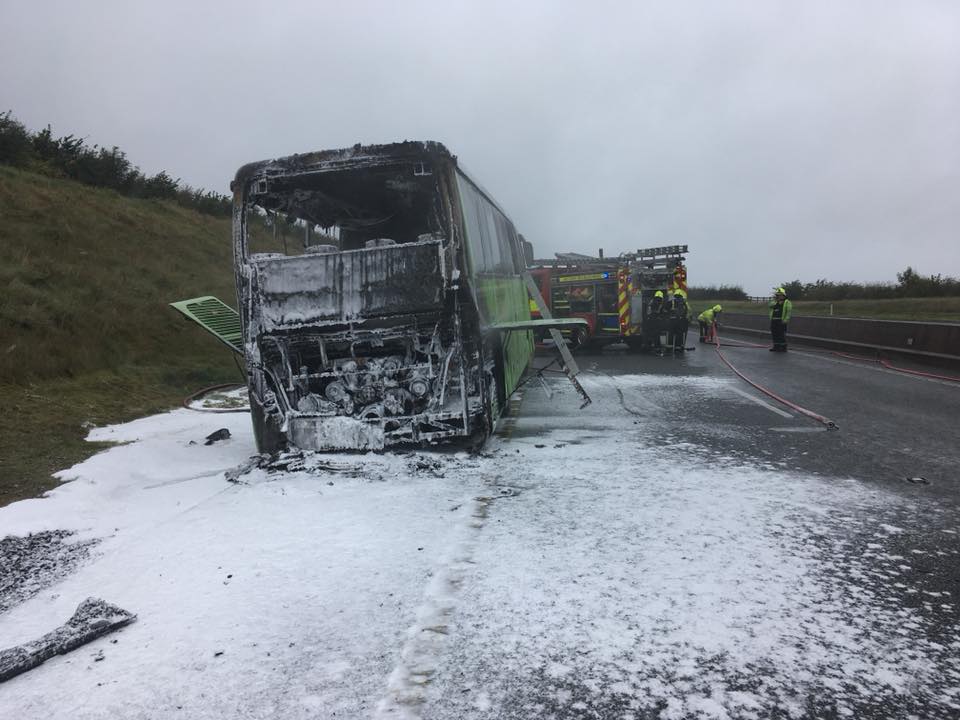 The motorway was closed for a time due to very bad visibility caused by smoke and to allow crews to tackle the fire safely.

No-one was injured and the road has since re-opened.

The incident caused minor delays for road-users on the busy motorway.

AA Roadwatch alerted motorists to the danger earlier this afternoon.

It announced shortly afterwards that the motorway had been reopened.