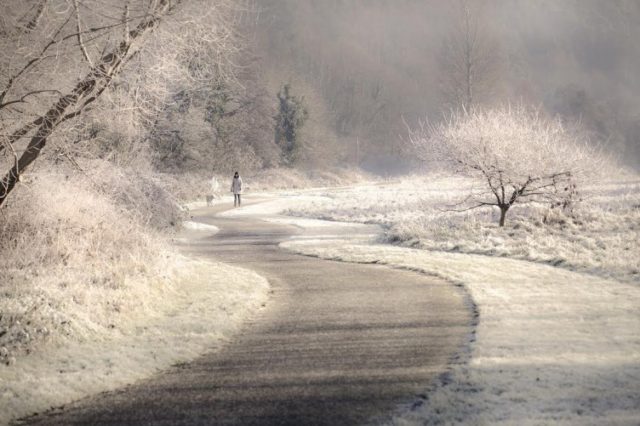 A Status Orange snow and ice alert has been issued for Laois and 16 other counties this weekend, as some areas around the country deal with overnight snowfalls.

It comes into effect at 11pm tomorrow night and will be in place for 24 hours.

Met Éireann say accumulations of 4-8cm of snow could occur quite widely with greater totals possible.

Motorists have been urged to drive with care as snow and ice have been reported on many routes throughout the country.

There was light snowfall in Laois and around the midlands as temperatures dropped earlier this morning.

However, no road accidents were reported.

Meanwhile there was disruption for rail commuters this morning from Laois.

Services into Heuston expected to be 30mins late due to mechanical fault on 6:45 Portlaoise Heuston

Early morning services to Heuston Station in Dublin from Portlaoise were delayed by approximately 30 minutes due to a technical fault.