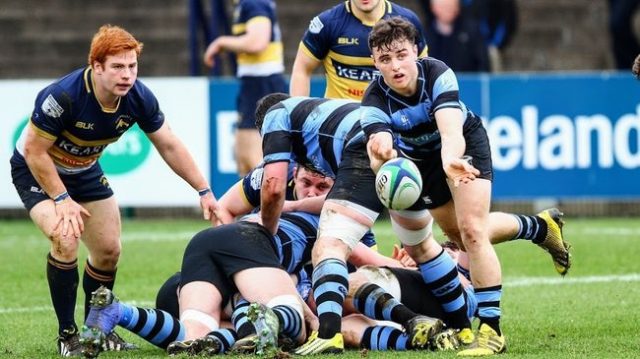 Former Portarlington rugby club player Keith Kavanagh helped Shannon to a big win in their top of the table All Ireland league clash against Ulster side Ballynahinch in Limerick this afternoon.

Scrum-half Kavanagh started as Shannon recorded a hugely impressive 49-19 win over Ballinahinch on the back pitch of Thomond Park. They ran in seven tries in total.

A week ago, the teams had played in Ballinahinch when the home side won 42-15. On that occasion Kavanagh got one of Shannon’s two tries.

Shannon, who have been outside the top division since being relegated in 2013, are Ireland’s most successful club side of all time, having dominated the AIL throughout the 1990s and 2000s and produced an amount of Munster and Ireland players.

Kavanagh is the latest Laois player to line out for the famous club, following in the footsteps of Brian Rigney and Andrew Thompson, both of whom won AIL titles with the club.

He has made an impression with Shannon having come to their attention during his school days with Cistercian College Roscrea, whom he helped to a first Leinster Senior Cup title in 2015 and to another final appearance in 2016.