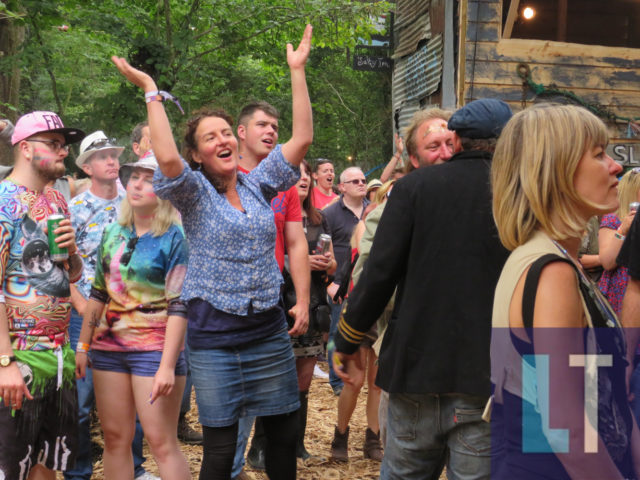 Electric Picnic 2018 has announced a new entertainment venture which will be open to the early entry campers in Stradbally on the Thursday night.

The festival will host a night featuring an all-female comedy line up on The Hazel Wood stage.

For the first time in the festival’s history, a stage will be open to the 5,000 early entry campers who arrive on Thursday night before the festival opens its gates on Friday.

This very special comedy stage will give a platform to some of the country’s best female acts.

The idea was born from a chance meeting at this year’s festival between Festival Director Melvin Benn and Emily O’Callaghan.

Emily, a sometime stand up herself, had noticed a lack of female talent in the comedy line up in many festival line ups, as did Melvin.

Separately, striving to bring more gender balance to the festival and the music industry in general, Melvin started the Rebalance programme in the UK and he will now extend the principle with the Comedy stage at EP.

‘We launched a first initiative in the UK in August this year: ReBalance, which will enable future and current female musicians within the industry, to have the support they need to be recognised,” said Melvin Benn, Festival Director.

In Ireland our first step is to introduce an all-female comedy line up which will perform on Thursday night on the Hazel Wood stage. I must say I’m incredibly pleased Emily prompted me at this year’s picnic. The Thursday night will have incredible meaning as well as incredible comedians,” he said.

Elevating the talent of female comedians has been a passion for Emily for many years.

She has been organising and promoting more gender balanced and all-female comedy nights for years in Dublin on a purely non-commercial basis. From small cafe events to larger scale venues, she has worked hard to give a platform to women who are funny, and deserving of an audience.`

‘Every act at The Hazel Wood Comedy stage will be hand-picked. I’m really excited to run this and I hope many people will wander down to the woods on Thursday and be blown away by the talent on display,” said Emily.

“I am so excited to see the show myself as there will be so many acts that I admire and who make me laugh. I am also delighted to announce that we have the amazing Joanne McNally on board as MC. It’s the perfect start to kick off the weekend and I know that the audience will love it,” she said.