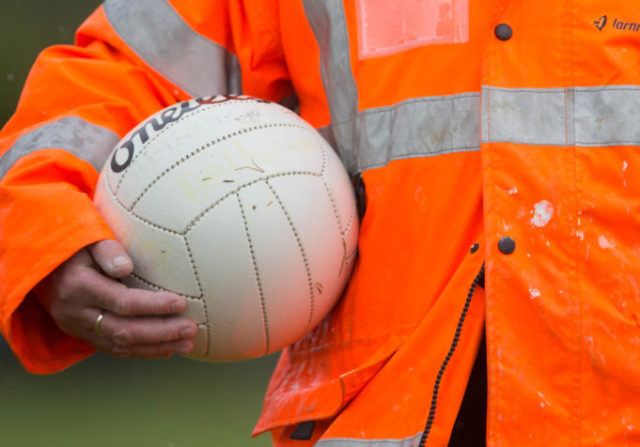 If there was ever an award for a GAA analyst in Laois, we would give it to Mark Doheny.

Prehaps not for tactical commentary, but his comments on GAA club teams in Laois are usually, if not always, 100 percent right.

A couple of weeks ago we brought you the list of life lessons from playing hurling in Laois.

Here is the football version.

Now, time to go into hiding …

1 – Playing a hurling club away in a Junior football game will give corner forwards everywhere nightmares.

2 – Anybody who played against Wooly will not be surprised that he became a pundit. A good player but an even better talker.

3 – Emo teams are mostly made up of Strongs, Brophys, Lawlors and Kirwans. Assume you’re marking one of them and keep your mouth shut.

4 – Graiguecullen against Clonaslee makes for a long road trip for the away team. Especially when you factor in time for the row.

5 – Never cancel the St Patrick’s Day Parade until you’ve actually made it to the final.

6 – Every club has an arch rival or two but are united when it comes to the county team and hating Kildare.

7 – Arles is a small village with two clubs and a big rivalry.

8 – They play football in Camross too. You’ve been warned.

9 – Like the old firm games, Annanough and Courtwood has to be played before the pubs open.

10 – The trouble with having Eddie Kinsella reffing your game is he’s too fit for the average Junior B team. Bring back Frank McGlynn!

11 – Even finding a place like Kilcavan was tough going.

12 – The lane into the pitch in Ballylinan was like something from the 1800s.

13 – We all know what comes after 9. A Stradbally win. What they do when they have to give back the cup is another question.

14 – Killeshin isn’t in Carlow. Neither is Graiguecullen.

15 – St Joseph’s always have a few tricks up their sleeves to make the most of home advantage. Play under lights in Kellyville or move it to Milltown.

16 – The dressing rooms in Portarlington were designed for an U-7 five-a-side indoor soccer team. With no subs.

17 – Playing against The Heath meant trying to get the better of the sheep as well as everything else.

18 – John Conway was the only referee that gave out more smart comments than frees.

19 – Timahoe ladies in their prime would have beaten a few of the senior mens teams.

20 – You could do hill sprints in O’Dempsey’s. And altitude training.

21 – Mick Lawlor will only retire when Chuck Norris dies.