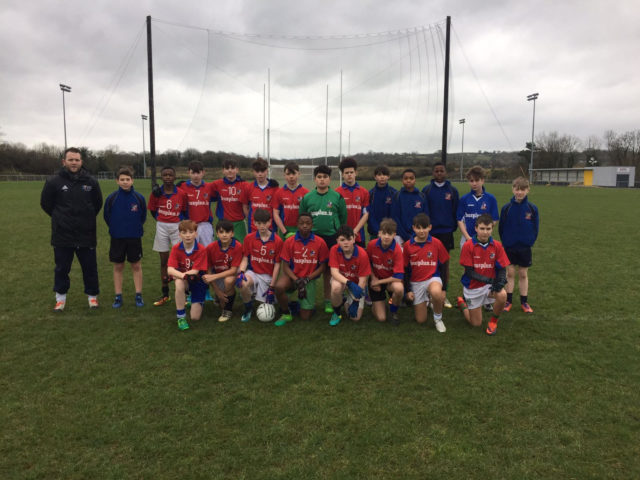 Portlaoise College’s U-14 boys team came up short in their quest for Leinster glory as they ran out 3-7 to 1-4 losers to Duiske College in Dunmore today.

The side were under the guidance of Crettyard man John Murphy and the former Laois Hurler and Clough Ballacolla man Darren Maher.

A closer game than the scoreline suggests, the elements played havoc with the game and a strong wind meant the teams would have to work hard for scores and that was exactly what Duiske did.

They registered 5 scores from their first five attacks. Darragh Rogers and Lee Moore help Portlaoise College back into the game with their fine scoring.

Imran Shitta gave a great display at the back for the Portlaoise side, working tirelessly in the full back line.

A Jake Colbert wonder goal gave his side a glimmer of hope but in the end there was too big of a gap between the sides at half time.

Duiske ran out 9 point winners in the end but Portlaoise College can feel proud and are continuously punching above their weight.

Speaking to their coaches after the match, they were proud of the effort and insist that the future is bright for the school, despite only three of today’s panel playing regular club football.