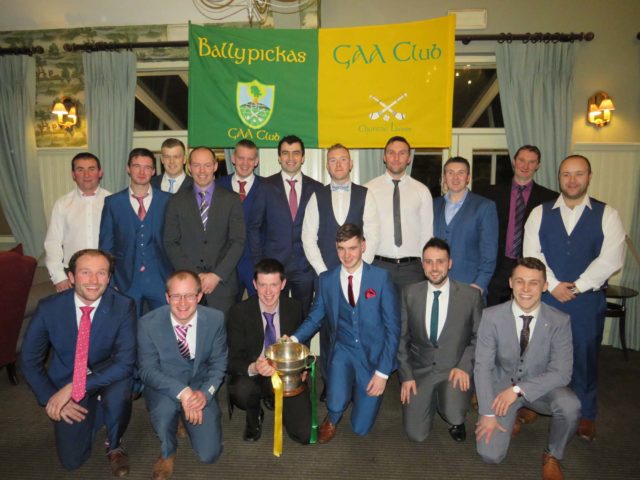 Ballypickas GAA were celebrating their Junior ‘A’ success tonight, packing out the function room in the Abbeyleix Manor Hotel.

Ballypickas defeated Rathdowney on a nail-biting score of 2-10 to 2-9 in the Junior ‘A’ final last October.

Cillian McEvoy was the hero for Ballypickas on the day, scoring the equalising point in the first minute of injury time and adding the winner three minutes later.

There was a fantastic atmosphere as the team gathered together for a group photo, and were joined by family, friends, and club supporters.

The joyus crowd were treated to the best the Abbeyleix Manor Hotel had to offer.

No doubt the celebrations will continue until the early hours of this morning.

The players swapped their jerseys and boots tonight for the ever so stylish suits and well polished shoes.

This is the first year for Ballypickas to win the Junior A championship since 1994.

A winter of celebrations, they will be looking forward to a new season starting in the next few weeks.