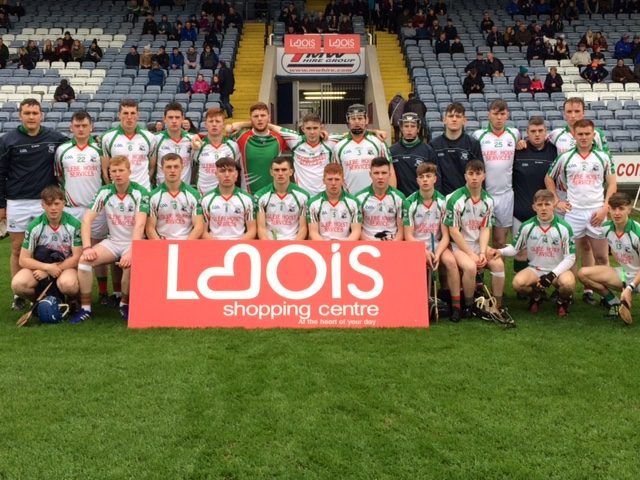 Two players from this year’s Laois senior hurling panel have been awarded sports scholarships by Limerick Institute of Technology.

Eric Killeen and Mark Kavanagh have been given the scholarships by LIT for the 2017/18 academic year.

The duo both hurl for Rathdowney-Errill and are likely to feature for the Laois seniors at some stage, although Kavanagh is still recovering from a cruciate ligament injury.

Clough-Ballacolla man and former Laois hurler, Willie Hyland, also represented LIT in hurling and received a scholarship when he was attending college there.

The players will receive financial aid as well as a number of athlete development programmes that are built around each players to academic life.

Both players were apart of the Rathdowney-Errill side the claim Laois U-21 glory over Clough-Ballacolla, despite Mark Kavanagh being sidelined with his knee injury.

Kavanagh came off the bench in the dying minutes when his side were trailing by two-points. He held his nerve with two long distance frees that helped Rathdowney claim the title with a point to spare.

LIT are managed by former Clare manager/player and current Wexford manager Davy Fitzgerald, and were in action over the weekend against DCU in the Fitzgibbon Cup. They have been one of the strongest sides in the competition in recent years but this year has gotten off to a tough start as they lost out 3-15 to 2-17.