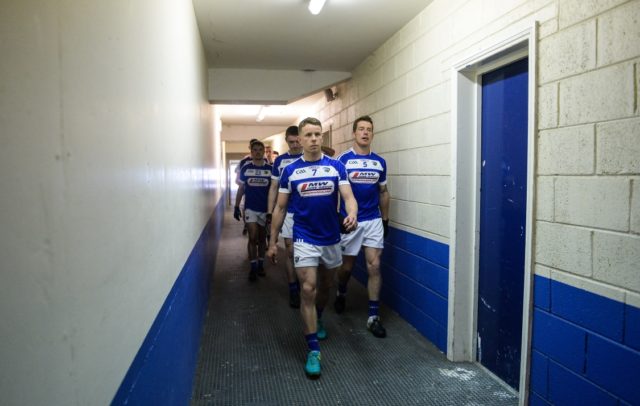 Laois take on Limerick in the first round of the National Football League Division 4 in O’Moore Park tonight at 7pm and we have put together a little guide to the league opener.

The Laois footballers find themselves in the bottom tier of the National League following last year’s abysmal displays in division three.

A new year and it’s a new look Laois. There is a new manager at the helm and John Sugrue is hopeful that his Laois side can live up to their favourites tag.

Despite two disappointing displays against Westmeath, the feeling around the county is an optimistic one and reports from the camp suggest the team is enjoying the new regime and set-up.

Donie Kingston has rejoined the Laois panel, having not committed to the start of the season with Laois, but is unlikely to feature on Saturday night. The long term injuries of Brendan Quigley, Damien O’Connor, David Conway and Denis Booth rule them out.

Finbarr Crowley, Aaron Dowling, Shane Nerney, Brian Glynn, Ruaidhri Fennell and David Holland have all been handed a starting spot for the first time in what is an unexperienced and young looking side. The inform Eoin Lowry is in the corner, after he banged in 1-6 for UCD during the week.

Laois and Limerick haven’t crossed paths too often in recent years and by our reckoning you have to go all the way back to 2005 for their last meeting when they met in the opening round of the then Division 1B of the league, a game Laois won in O’Moore Park. Limerick were in the Division 1 semi-final in 2004 but have come back down through the divisions in recent years and are now in their second year in Division 4.

What Limerick players should we watch out for?

Limerick football duo Johnny McCarthy and Seanie Buckley have confirmed their retirement from inter-county football recently and the loss of two stalwarts with over 80 championship appearances between them leave Limerick with an inexperienced side too. Well-known forwards Ian Ryan and Ger Collins aren’t involved either.

Their standout players include goalkeeper Donal O’Sullivan who captains the side and has Sigerson Cup experience with NUI Galway while Sean O’Dea has a Sigerson Cup medal with UCD and midfielder Darragh Treacy is a fine player too.

Attacker Seamus O’Carroll, who plays his club football with Castleknock in Dublin, isn’t included in the starting team, though he is with the panel.

There’s not a huge amount to go on as they didn’t play in Munster’s pre-season McGrath Cup (only Cork, Clare and Waterford played in it this). This will be Limerick’s second year in Division 4 having been relegated from Division 3 in 2016.

Limerick finished fourth in last year’s Division 4 behind Westmeath, Wexford and Carlow and were then beaten by a point by Clare in the Munster championship before losing to Wexford by the same margin in the All Ireland Qualifiers.

No, the weather is bad enough these days without risking a double header on a Saturday evening. It’ll be cold too so wrap up well!

We’ll be live-blogging the game on LaoisToday.ie as well as giving some updates on our new LaoisToday Sport Snapchat account. For those wanting to listen to commentary, Jack Nolan will be on Midlands 103 with former Laois star Chris Conway alongside him for analysis.