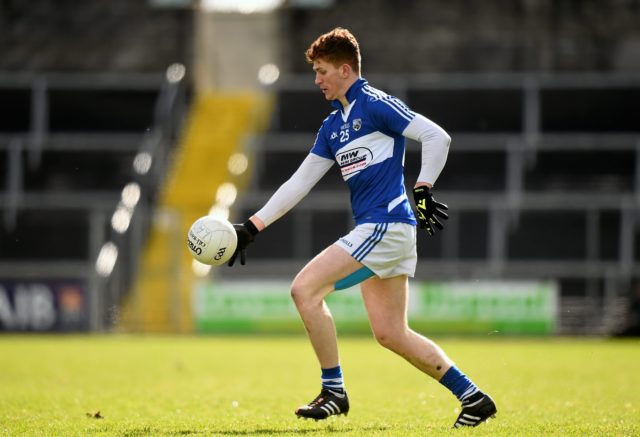 There are two changes to the Laois team to play Leitrim in Sunday’s Allianz Football League Division 4 clash in Carrick-on-Shannon.

The experienced Colm Begley comes in for captain Stephen Attride, who has been ruled out for a couple of weeks with a hamstring injury while Evan O’Carroll replaces The Rock’s Aaron Dowling who made his debut in last week’s win over Limerick.

O’Carroll was a second-half sub in the Limerick game and comes in for his first start of the campaign.

Donie Kingston is once again held in reserve having only returned to the panel shortly before the start of the league season.

We’re told the only change to the bench from the last day sees Portlaoise’s Ciaran McEvoy come in place of the injured Attride.

Laois take on Leitrim at 2pm in Carrick-on-Shannon and are priced at 1/6 favourites. Leitrim were beaten 0-15 to 0-5 by Antrim in the opening round last weekend.

The other games in Division 4 this weekend see Carlow travel to Limerick, London host Wicklow and Waterford at home to Antrim.