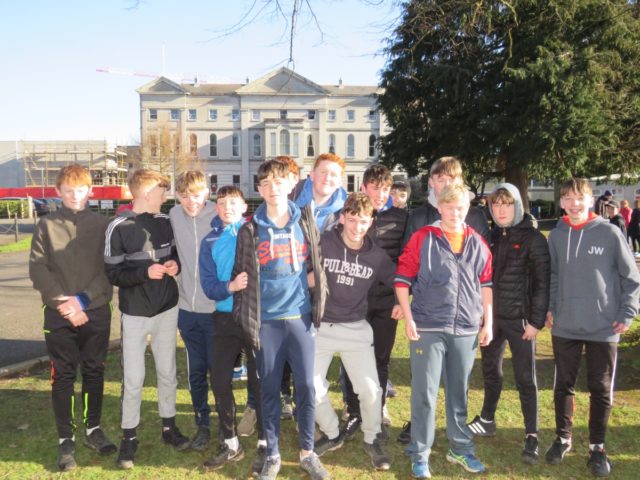 They were just one of a number of secondary schools who took part in a campaign organised by Cycle Against Suicide.

Their #SchoolsGoOrange campaign began in 2017 and proved a roaring success.

Even more secondary schools signed up this time and Knockbeg had two special guests to start the day.

The school then began their Sports Day with a range of different events taking place over the course of the day.

The day concluded with an awards ceremony held in the study hall.

Our photographer headed over in the middle of the day on Friday and grabbed some of the action: