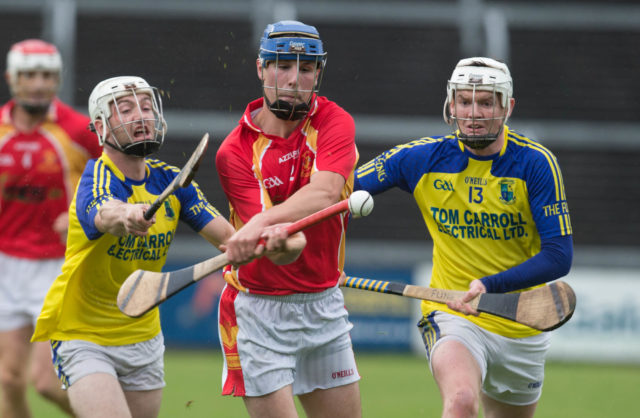 The Harps have been dealt a blow ahead of the 2018 season and their bid to return to the senior ranks with highly-regarded defender Pakie Flynn transferring to Dublin club Oliver Plunketts.

Flynn, who represented Laois at underage level and played against Kilkenny in the 2012 Leinster U-21 final, has been a regular for the club in defence over the last number of years.

He was full-back right throughout last year’s league and championship campaign which ended when they were beaten by Ballyfin Gaels in the SHC ‘A’ semi-final.

In their first year since being relegated out of senior The Harps bucked the trend of recently demoted sides by failing to win instant promotion.

They recently appointed former player Fintan Deegan as their manager after he stepped down from his role with Ballyfin, whom he guided to SHC honours last year.

But competition is expected to be fierce in the grade this year with Portlaoise relegated from senior, last year’s beaten finalists Colt Gaels and Rosenallis all strong contenders.

Oliver Plunketts, who Flynn is transferring to, play in the Dublin Senior ‘B’ hurling championship (the second tier) and reached the quarter-final last year where they were beaten by Parnells.  They play in Division 2 of the Adult Hurling League.