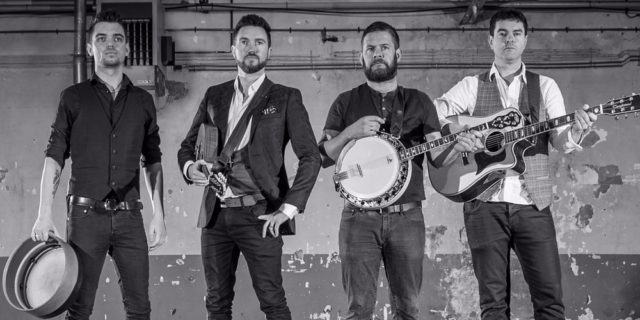 Laois man Robbie Campion is doing what he loves for a living. He has been a member of the successful folk group The Kilkennys for 16 years and this year they were awarded International Folk band of the Year at the Sunday World awards.

The Durrow native cites playing in front of the GPO on the 100 year anniversary of the Easter Rising, performing Celtic Nights in Las Vegas and Zwartze Cross Festival in Holland as some of the highlights of his career.

The only drawback? A proud Laois man getting used to the band’s name!

I started off playing music when I was eight years of age with Catherine Hyland in Ballinakill. I stayed with her until I was 12 and then I joined Camross Comhaltas with the great Conroy family.

I joined Uisce Beatha at 19, seven years we changed the name to The Kilkennys and nine years later we’re still going. It took a while for a Laois man to get a liking for the name!

There are a few. Playing The Celtic nights in Las Vegas for seven years was special.

I much prefer playing live. It is without a doubt the best part of the job.

The biggest achievement for me is probably getting the chance to tour the world doing what I love.

Just lately a huge achievement was winning the International Folk band of the Year at the Sunday World awards.

I still get butterflies before we play our gigs, big or small. I think it’s a good thing to still have that feeling after 15 years.

There’s been a few. There are a few that I’ll have to keep to myself! The boys are constantly trying to get one over on each other, it never stops.

After watching one Conor McGregor fight in a pub in Zurich we went straight to airport. I fell asleep in a corner of the airport. When I woke up I rang the lads who told me they were back in Dublin. They got a good laugh out of it. I didn’t.

My memorable moment was at the Zwartze Cross Festival in Holland. It was one of the best festivals I was ever at.

In 2018 we’re touring the UK, Germany, Denmark, Holland, Scotland, Italy and finally back to Ireland. A new CD is also on the way, and a new baby so it’ll be a hectic year ahead.

Without sounding too cheesy I’d have to say my partner Linda. I wouldn’t be able to tour and do what I love without her. Having two kids and one on the way isn’t easy but I actually think deep down she loves me going off for a bit of peace and quiet!

It would have to be Luke Kelly and Willie Nelson.

I’d love to do the Electric Picnic. It’s without doubt the best around and so local for me.